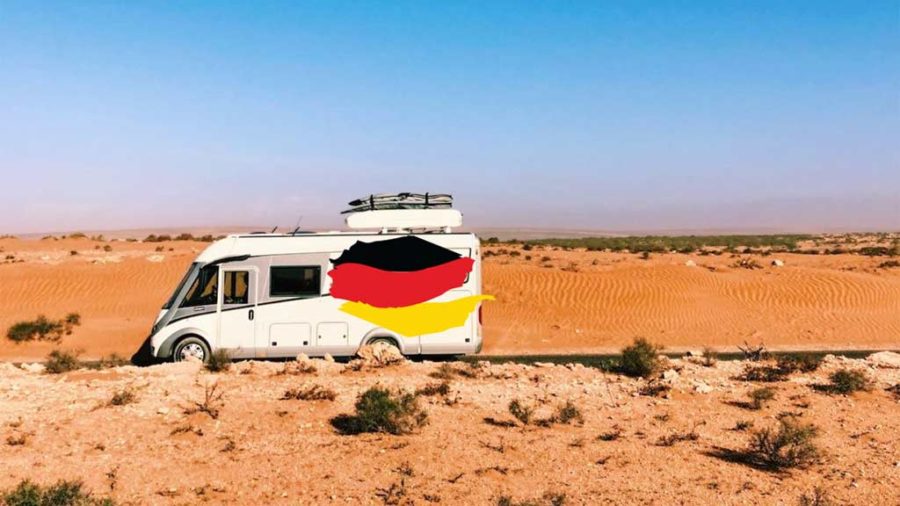 According to several German media around 50 German vacationers are stuck at a campsite in occupied Western Sahara. The Moroccan authorities put them under a strict curfew, not allowing them to leave the parking lot to buy the basic necessities, like food and medicine.

Mr. Sasha K. a 42 year old German who went for “holidays” in the occupied territories complains:

We are locked in a 300 by 50 meter parking lot and are not even allowed to leave it for shopping or the pharmacy, sometimes vehicles come to bring vegetables and bread, but the supply is poor.”

In addition  Mr. Sasha K. also said to the German newspaper “Bild” that he no longer has medication for high blood pressure on which he depends.

Maybe if the German Tourists would have respected International Law and would not support an illegal occupation of a territory by “making holidays” they would not be in this situation which is apparently very harsh according to them, but not nearly as harsh as the live of the Saharawi.

It may also be an opportunity for the German “tourists” in the occupied territories to understand the violent and brutal occupation the Saharawi population suffers on a daily basis since 1975.

In fact, it is almost incomprehensible how an occupied territory can be seen as a “holiday destination” and how the “tourists” do not understand that each Euro they spend there will help pay the military, the gendarmerie and the police that rape, torture, rob and exploit the Saharawi Population and the financial support they give to the longest military separation wall of the world with 2720km.

Mr. Sasha K. complains that he has almost no medication, but he probably doesn’t know nor does he care that Saharawi don’t have any adequate medical assistance in the occupied territories, that the Hospital in El Aaiun is known as the “laboratory of experiments” where Saharawi sometimes even undergo surgery without anesthesia and where water bottles sometimes replace the serum, beside other atrocities.

The German Federal Foreign Office is working on a solution for the “holiday makers” in Western Sahara, but: “Support in the area of Western Sahara is extremely difficult even under normal conditions; that is why the Federal Foreign Office has strongly advised against traveling to this area for years,” the German authorities told the newspaper Bild.

The German Foreign Ministry is very explicit in warning of travelling to Western Sahara in its Website:

Travel to the Western Sahara region is strongly discouraged.”

Morocco develops and promotes tourism in the Occupied Saharawi Territories despite knowing that Moroccos occupation is illegal under international law.

The tourism companies operating in the occupied territories know that the Moroccan occupation has a negative impact on a vast number of human rights of the Saharawi population. This has been extensively documented by the United Nations and independent international organizations. Any basic risk assessment by the companies would reveal that any business activity in or with the Moroccan occupier in these  territories would unavoidably contribute to sustaining an illegal situation, as well as a regime that is inherently discriminatory of the Saharawi Population as well as violent and abusive of the human rights.

The tourists should also be aware of the fact that they are an active participant by enabling the Moroccan occupier to pursue illegal activities.