Exiled since 1975 in the Algerian desert, in the hamada (desert of death) of Tindouf, the Saharawi people have survived the most diverse adversities, bombing with Napalm and white phosphorus, epidemics,  hunger and thirst and extreme weather, and yet managed to develop a state and a society that faces exile in the most extreme way.

Facing COVID 19, the Saharawi government took immediate measures such as awareness campaigns, cancellation of all events that were planned in the coming months, the closure of schools and since last week the strict confinement of all inhabitants in their homes / tents and disinfection of streets and public buildings.

For 45 years and with nothing, the over two hundred thousand Saharawi in the camps built their state, acquired infrastructures, health and education equipment, which, despite being rudimentary and with many failures, managed to reach an exceptional level in the context in which they survive.

However, they have no significant means to effectively treat possible infected people. 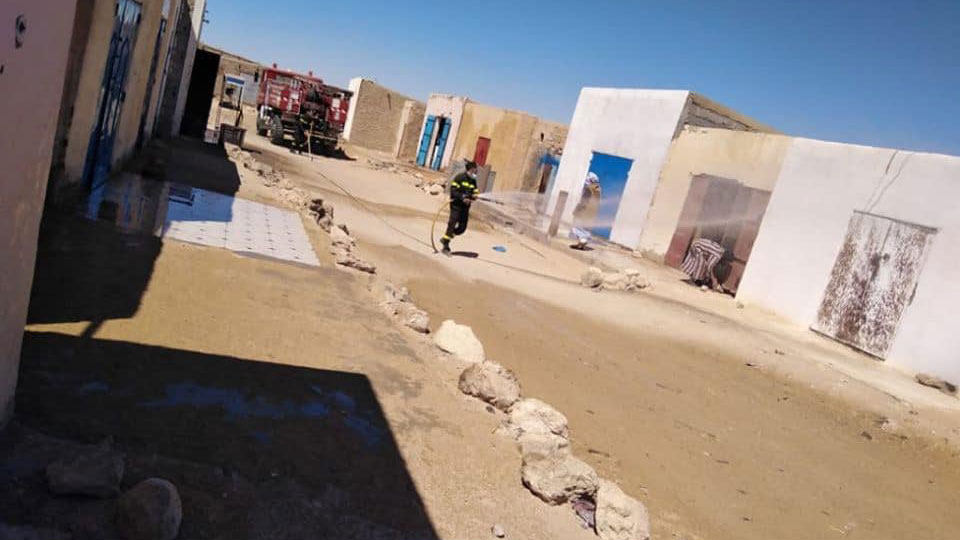 The protocol officials tasked with welcoming foreigners quickly and efficiently organized the repatriation to Oran and Algiers of all foreigners who were on mission in the camps. In particular, the many young people who participated in the youth forum on 12 and 13 March and which unfortunately was not canceled in time, even so there were many people who had scheduled missions at the same time who were careful to cancel, as is case of Nuno Abreu, from Braga, Portugal, who was going to travel with a team to carry out an educational project:

We decided to postpone the educational and artistic project that we had planned to carry out in the Saharawi camps in various schools and institutions, between the 14th and 21st March, as the risk of contaminating ourselves and contaminating the Saharawi people was high, and as we know, the living conditions there are extremely harsh, so it would be unfair on our part to put at risk a population that, due to their situation, lives daily with immense challenges on a scale that few are aware of ”

So far, there are no known cases of coronavirus. The preventive measures that have been taken since the beginning by the National Health Commission are transmitted and repeated every hour on Saharawi television in refugee camps, on the radio, on phones and on WhatsApp. The entire population is confined to their Wilaya (equivalent to a parish) and movement between the Wilayas is prohibited. 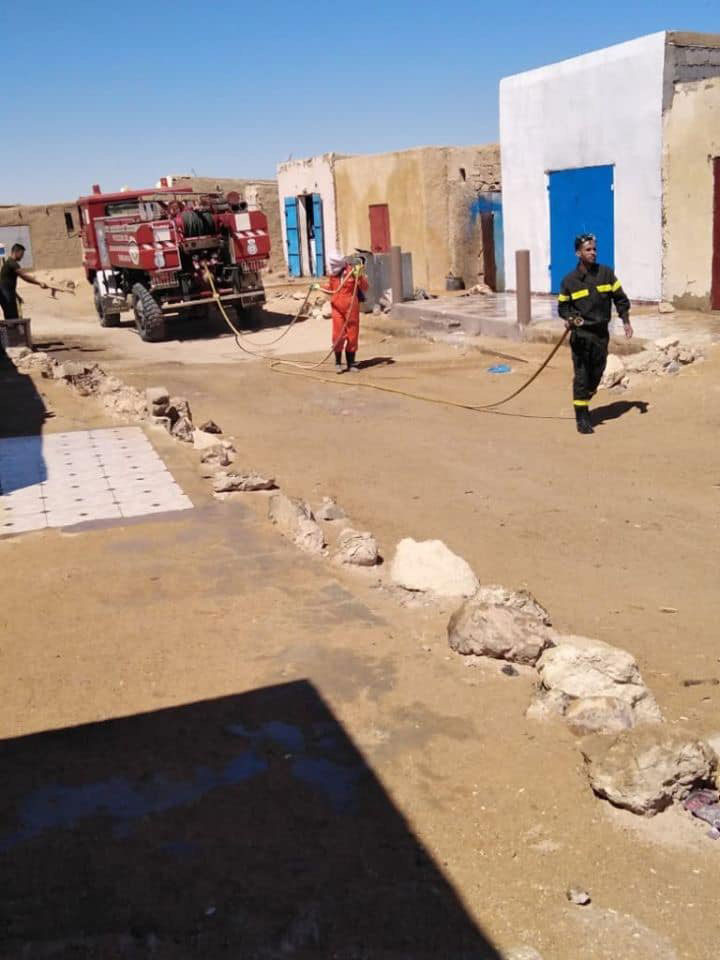 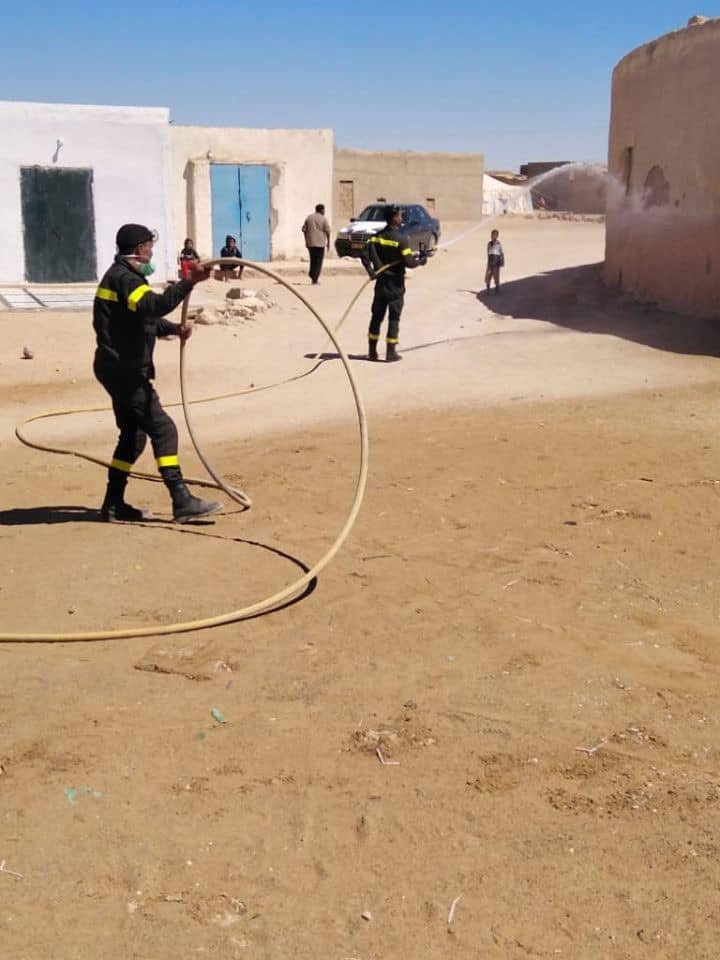 The roads to Tindouf and Mauritania are closed. The liberated territories are under the control of the army, which now not only has to watch over security along the wall separating Moroccan occupation troops and the borders, but has also to watch over traffic in order to avoid a breach of confinement measures.

The supply of basic needs is guaranteed with the scarce resources available, where humanitarian aid is already insufficient in normal situation.

According to the information provided by the various contacts with Saharawi living in refugee camps, the entire population is observing preventive instructions.

The Ministry of Health of the Democratic Saharawi Arab Republic (RASD) confirms that there are no cases of coronavirus registered so far.

The Saharawi National Prevention Committee also confirmed that “it is in daily contact” with citizens through the social media available among them the social networks.

At the Central Hospital in Rabuni, Saharawi are producing disinfectant gel to be able to meet the needs of the various health units.

Recommendations on attention to personal hygiene and avoiding as much contact as possible are regularly disseminated. 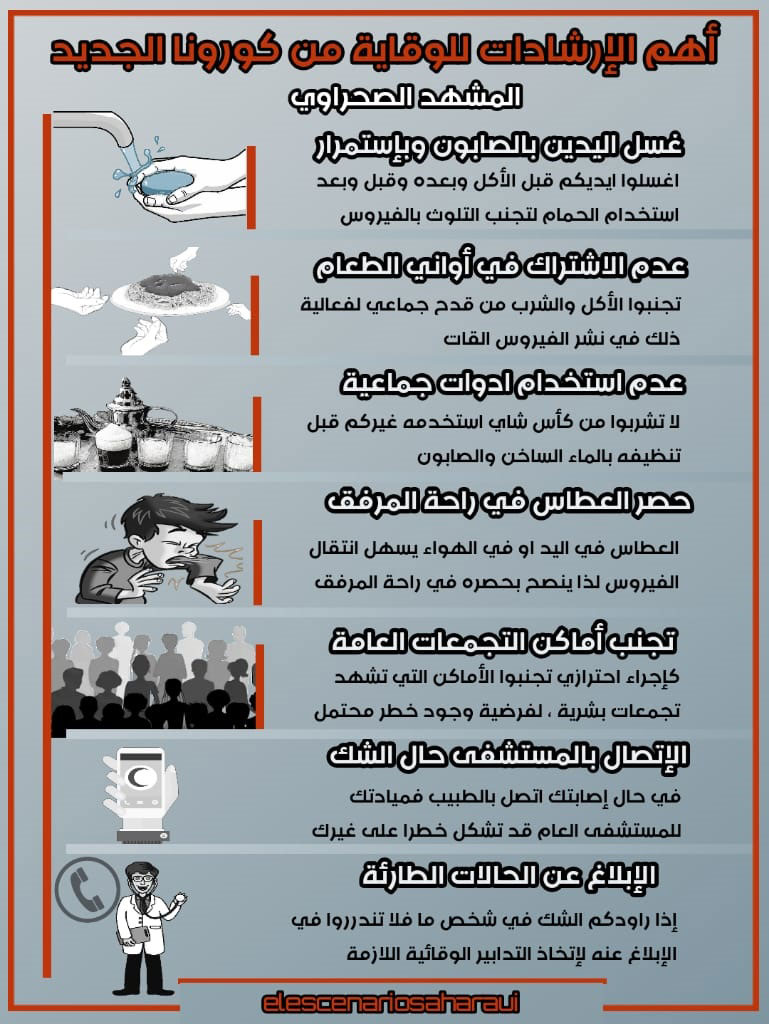 In relation to the liberated Saharawi territories, the government underlined that “the National Committee, in coordination with the various military regions, urges all populations residing in the liberated areas to respect the measures and remain at their place of residence.”

Colette Blais, from the association Enfants Réfugiés du Monde, confirms this information: “There are no more trips between Tindouf and the camps . There are no longer air connections to Tindouf. The Ministry of Health and all health actors anticipated this situation, we can only offer our congratulations! I hope that the virus does not develop in the camps and liberated territories and that there will be no serious cases, because in terms of means of care in the camps there are no ventilators and means necessary. And the Tindouf hospital has only a few pieces of equipment available.”

On the other side of the Wall, Saharawi under Moroccan occupation

On the other side of the wall in the territories occupied by Morocco, the situation is quite different. Chaos reigns, the military presence has been strengthened and there is an absolute lack of prevention. Thousands of Moroccan settlers tried to leave the occupied territories and return to their country (Morocco). In view of this massive flight, the Kingdom of Morocco was not slow to act, it sent a huge contingent to the area, already full of occupation forces, to ensure that no settlers left the occupied territories.

Saharawi living under occupation are victims of an economic, social and political apartheid system and health care is always very deficient and dangerous, given the intentional medical negligence that this population suffers daily. 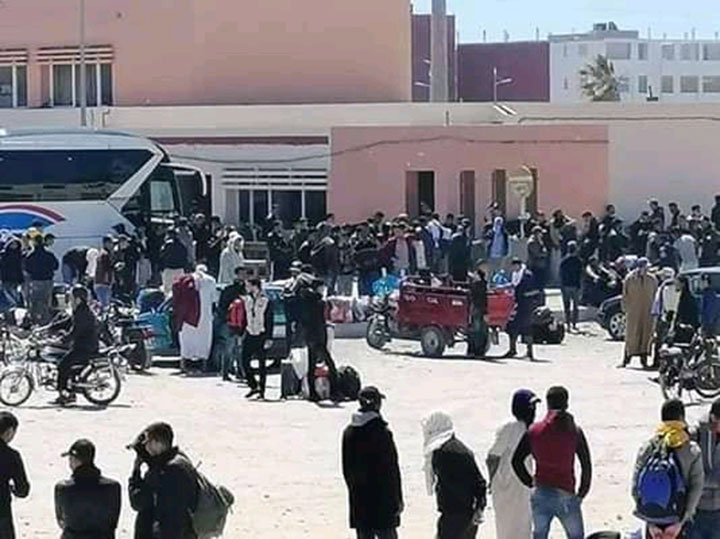 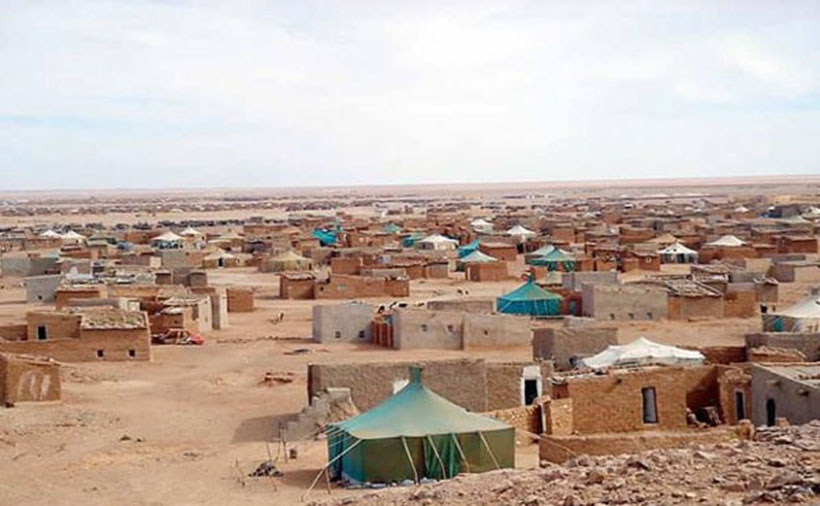 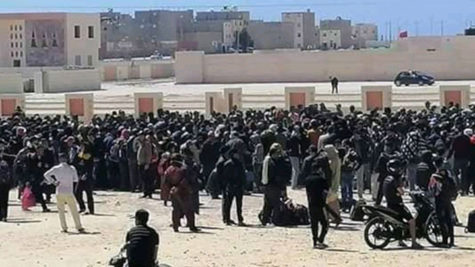 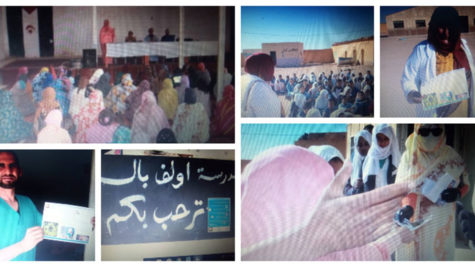 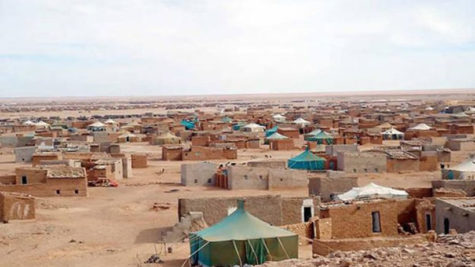 “We are the guinea pigs, we call the Hospital “ the laboratory of experiments ” what they do with us has nothing to do with medical care” says a Saharawi we contacted, but he is not the only one.

The slow genocide of Saharawi under occupation has been denounced by all associations and activists over the past few decades. Saharawi political prisoners in Moroccan prisons are another concern, victims of torture and ill-treatment, malnutrition, in cells without any hygiene conditions, overcrowded or in isolation are easy targets for Morocco and in this context are at even greater risk of life.

In view of the situation experienced by the Saharawi people, hundreds of organizations, associations, politicians, journalists, doctors and other personalities from various countries are calling on the UN to protect the Saharawis by ensuring their survival as a people.