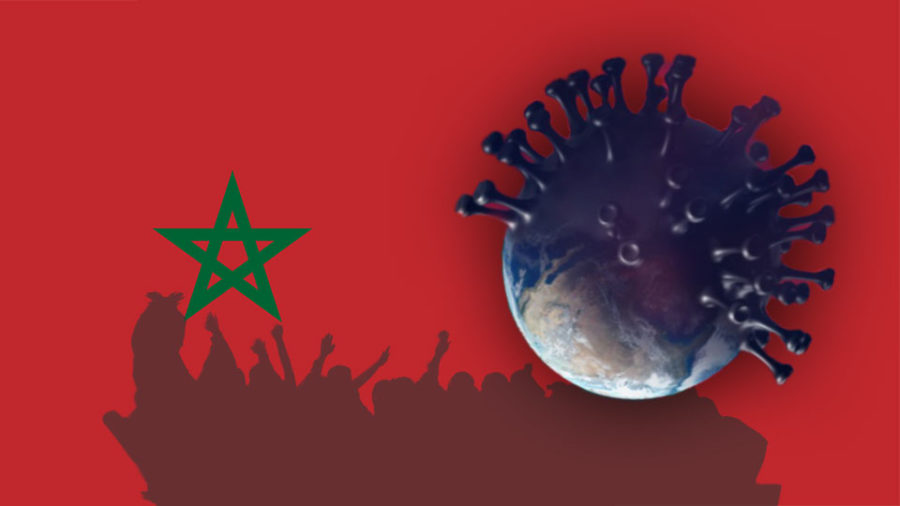 In the last few weeks several “pateras” (clandestine boats carrying migrants) have arrived in the Canary Islands from Occupied Western Sahara with 62 infected with Covid-19.

According to EFE agency in the last few days alone, there were 25 infected among the 68 occupants of two boats that left El Aaiún that arrived in Fuerteventura.

These are just known cases, as many migrants do not survive the 110km Atlantic crossing and others arrive undetected.

The route is well known and is used by both sub-Saharan migrants and Saharawi who are fleeing the climate of terror and apartheid in the territories occupied by the Moroccan regime.

The blackmail on Spain

The whole process is known both to the authorities and to the Moroccan government itself, which turns a blind eye and uses illegal migration as a means of pressure on the European Union.

On June 23 in a radio interview, García-Margallo, who was Minister of Foreign Affairs and Cooperation of the Spanish Government of the Popular Party from 2011 to 2016, recognized in an interview on the program “En Cerrados” presented by Alberto Benzaquén, the use of illegal immigration by Morocco and pressure on the border to blackmail Spain and condition its foreign policy in Africa.

Several African countries do not require visas to enter Morocco. Africans from these countries and others arrive in Casablanca and Marrakesh where they contact the human traffickers known as “intermediaries”.

These intermediaries have contacts in El Aaiun, Dakhla, Bojador in the occupied territories of Western Sahara.

Mohamed, a human rights activist, explains the whole journey to us.

Illegal migrants are transported to the occupied territories from Agadir, hidden in vehicles of intermediaries and pass the countless checkpoints with bribes to gendarmerie and police.

This transport is only done after the favorable atmospheric conditions are confirmed and the parts for the assembling of the  “pateras” are already in the occupied territories.

The wooden parts to build the boats come from Esaouira to Agadir and are transported in fishing-related trucks to the occupied territories where they are assembled in secret locations.

After the crossing that takes about 24 hours,  but can take longer if they have to wait until nightfall, the “pateras” are set on fire or destroyed.

Those who survive the crossing say they entered Europe on “a visa from God”. ”

All this is done with the knowledge and connivance of Morocco, in addition to the state employees who receive bribes, the Moroccan state itself closes its eyes.

Morocco “lets” illegal migrants reach the shores of mainland Spain and the Islands as a way to pressure the EU to give more subsidies but also to “punish” the EU whenever there are unfavorable decisions for Morocco in the Western Sahara issue.

Covid-19 in the occupied territories

The true numbers of infected with Covid-19 in the occupied territories of Western Sahara are not known and reality is being manipulated by the Moroccan Government not only in Western Sahara but also in the legitimate territory of Morocco.

These cases of infected migrants show that there are active transmission chains and that the infected have been in contact with traffickers, drivers and in waiting places with a significant number of people moving in the cities of the occupied territories.

In addition to these cases, there are the “official cases” as the focus published yesterday by the Moroccan Ministry of Health of 12 infected in El Marsa, a location near El Aaiun in a company linked to fisheries.

According to a Saharawi activist from the occupied territories:

Morocco claimed to take preventive measures before the quarantine was lifted, but that was just false propaganda.

Morocco is responsible for the spread of Covid 19 in Western Sahara from the very beginning.

Settlers and fishermen were allowed to enter without any kind of control. Morocco is responsible for spreading false information, putting the Saharawi population at risk and not preparing hospitals and doctors in addition to not having carried out tests.

Hospitals, especially the central hospital in the occupied territories in El Aaiun, look more like landfills than hospitals. There is no hygiene, no disinfection.

In my opinion Morocco should be accused of wanting to spread the virus intentionally in the occupied territories.

The population is afraid.”