Summit of the Peace and Security Council of the African Union 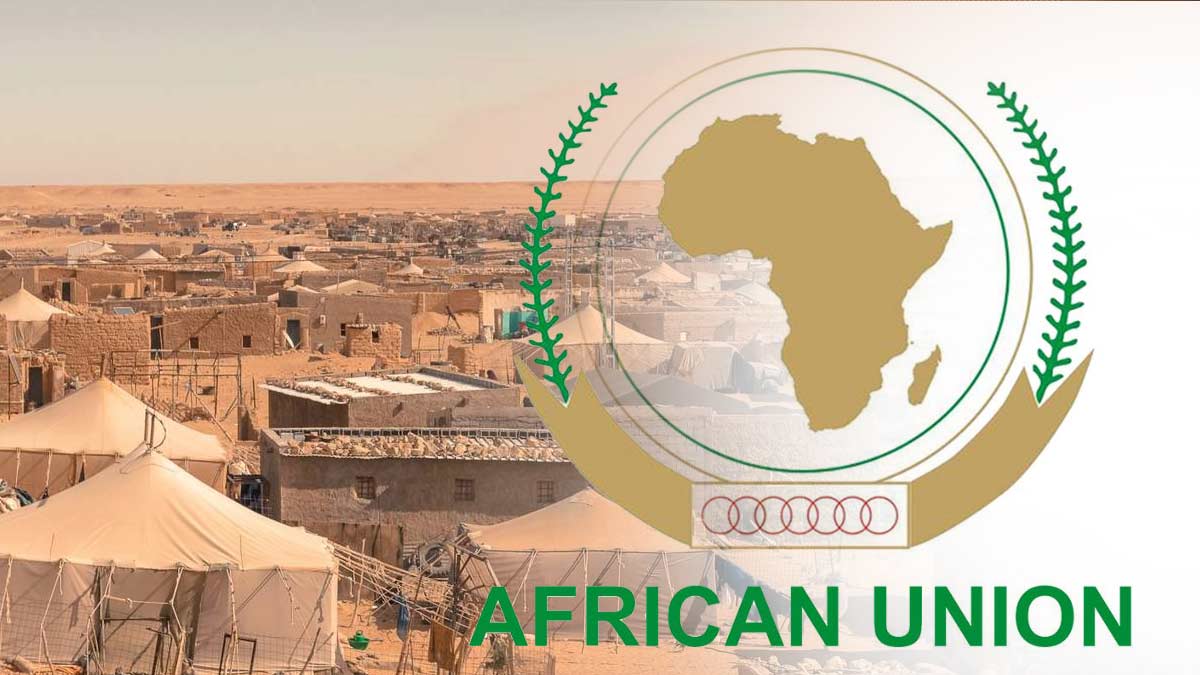 The Peace and Security Council of the African Union (PSC) held a videoconference meeting on Tuesday, 9th of March 2021,  at the level of heads of state and government to examine the issue of the Sahara Occupied West after the end of cease-fire which  Morocco broke after 30 years on November 13th 2020.

The special session was chaired by the President of the Republic of Kenya, Uhuru Kenyatt.

“The two parties to the conflict, the SADR (Sahrawi Arab Democratic Republic) and Morocco are invited to join the meeting to present their positions”, it was indicated.

Morocco tried to prevent this meeting to take place without success. Rabat was not able to to block the pan-African organization from reaching the quorum necessary to convene this meeting-

This meeting the first after the resumption of the armed struggle in Western Sahara, was devoted to the evaluation of the implementation of the decision of the extraordinary AU summit in December. 2020 on the Sahrawi question.

The 14th Extraordinary Summit of Heads of State and Government took the decision to put the Sahrawi question back on the agenda of the AU PSC in view to give a new dynamic to the resolution of the conflict.

According to SPS (Saharawi Press Agency) “The decision sheds light on the latest developments in Western Sahara following the Moroccan military aggression against Sahrawi civilian demonstrators in the buffer zone of El Guerguarat, in the southwest of this non-autonomous territory, and intervenes to put an end to the Morocco’s attempts to exclude the African organization from efforts aimed at finding a solution to this conflict which guarantees the Saharawi people their inalienable right to self-determination and independence”

The decision presented “requests the AU Peace and Security Council in accordance with the relevant provisions of its protocol to engage the two parties (Morocco / SADR), both members of the African Union, to remedy the situation (on the ground) in order to prepare the conditions for a new ceasefire and to reach a lasting solution to the conflict which provides for self-determination in Western Sahara “.

This solution must also be “in accordance with the relevant decisions and resolutions of the African Union and the United Nations as well as the objectives and principles of the constitutive act of the AU”, which should be recalled, insists on strict respect for the principle of the inviolability of the borders inherited at independence.

During the Summit the Algerian President Abdelmejid Tebboune recalled his country’s constant position vis-à-vis the cause of decolonization in Western “Africa which fought against European occupation and to impose the end of Apartheid, can in no way accept the continuation of colonization in one of its regions” he highlighted the imperative need to put an end to this conflict, advocating a return to the founding principles of the Continental Organization, in particular the provisions of Article 4 of the Constitutive Act of the AU on respecting the borders inherited from independence.

“Africa which has conquered the European occupation through its political and sometimes armed struggle and which has come to the end of Apartheid, must today put an end to the last colonial hearth”.

“The breaking of the ceasefire following the violation of an agreement in force since 1991 and the dangerous escalation of the conflict in Western Sahara is only the result of decades of policy of systematically blocking and slowing down Settlement plans, bypassing the negotiation process and recurring attempts to impose a fait accompli in the territory of a founding member state of the AU, “President Tebboune observed in his speech.

Several speakers at the Summit expressed their deep concern at the resumption of hostilities between the two AU member states, condemning the violation by the Moroccan side of the ceasefire agreement and the serious human rights abuses in the occupied territories of Western Sahara as well as the illegal exploitation of the natural resources of the Saharawi people.

The deliberations between African leaders concluded with a series of provisions and measures likely to inject a dynamic into the efforts of the AU in the settlement of the Saharawi cause.

The President of the Saharawi Republic, Brahim Gali,  called upon the African Union is called to fulfill its responsibility to play an essential role with regard to this African issue.”

“To say that the Union should not play a leading role in this matter together with the United Nations is a statement contrary to historical truth and contradicts the responsibility of the African Union to uphold its principles and objectives, as the body that laid the foundations on which the 1991 UN / OAU joint settlement plan was based, ”Brahim Gali reaffirmed in its address as published by SPS.

Concerning the end of the cease-fire, President Brahim Ghali pointed out that the persistent Moroccan occupation of Western Sahara and the continuous obstruction of international efforts forced the Saharawi people to take up arms, as a legitimate right protected by international conventions and added that  SADR holds the Kingdom of Morocco fully responsible for this new escalation and the threat it represents to peace and stability in the region.