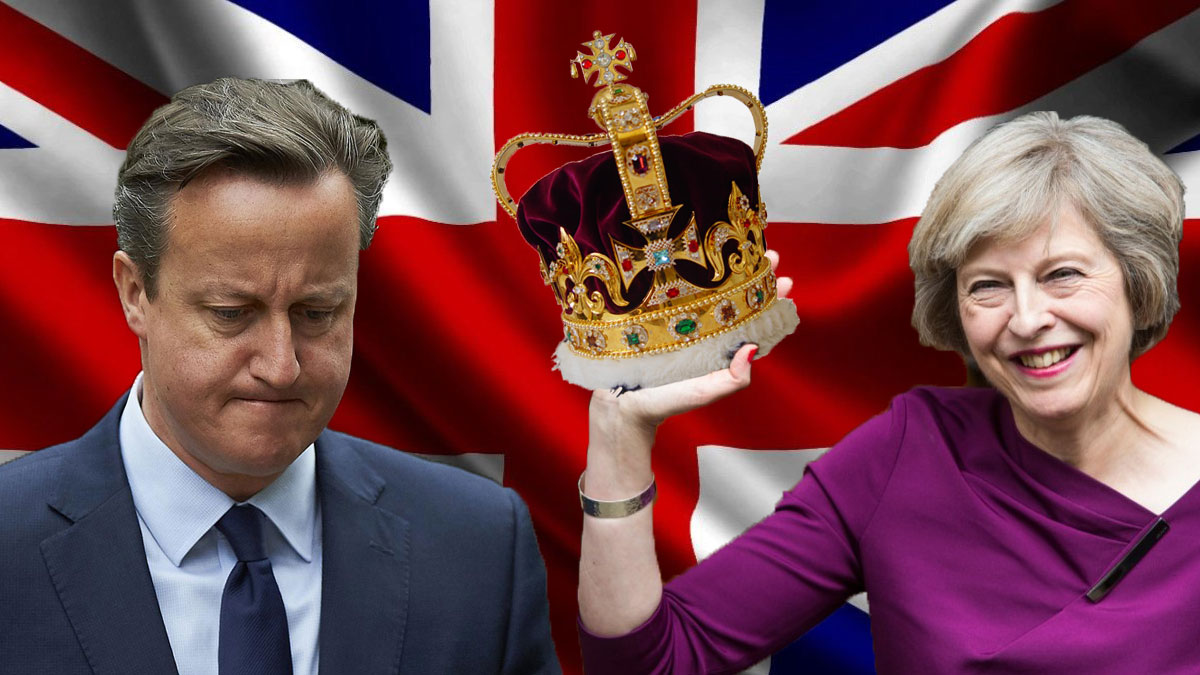 Terror in Britain: What did the Prime Minister know?

The unsayable in Britain’s general election campaign is this. The causes of the Manchester atrocity, in which 22 mostly young people were murdered by a jihadist, are being suppressed to protect the secrets of British foreign policy.

Critical questions – such as why the security service MI5 maintained terrorist “assets” in Manchester and why the government did not warn the public of the threat in their midst – remain unanswered, deflected by the promise of an internal “review”.

The alleged suicide bomber, Salman Abedi, was part of an extremist group, the Libyan Islamic Fighting Group, that thrived in Manchester and was cultivated and used by MI5 for more than 20 years.

The LIFG is proscribed by Britain as a terrorist organisation which seeks a “hardline Islamic state” in Libya and “is part of the wider global Islamist extremist movement, as inspired by al-Qaida”.

The “smoking gun” is that when Theresa May was Home Secretary, LIFG jihadists were allowed to travel unhindered across Europe and encouraged to engage in “battle”: first to remove Mu’ammar Gadaffi in Libya, then to join al-Qaida affiliated groups in Syria.

Last year, the FBI reportedly placed Abedi on a “terrorist watch list” and warned MI5 that his group was looking for a “political target” in Britain. Why wasn’t he apprehended and the network around him prevented from planning and executing the atrocity on 22 May?

These questions arise because of an FBI leak that demolished the “lone wolf” spin in the wake of the 22 May attack – thus, the panicky, uncharacteristic outrage directed at Washington from London and Donald Trump’s apology.

The Manchester atrocity lifts the rock of British foreign policy to reveal its Faustian alliance with extreme Islam, especially the sect known as Wahhabism or Salafism, whose principal custodian and banker is the oil kingdom of Saudi Arabia, Britain’s biggest weapons customer.

This imperial marriage reaches back to the Second World War and the early days of the Muslim Brotherhood in Egypt. The aim of British policy was to stop pan-Arabism: Arab states developing a modern secularism, asserting their independence from the imperial west and controlling their resources. The creation of a rapacious Israel was meant to expedite this. Pan-Arabism has since been crushed; the goal now is division and conquest.

In 2011, according to Middle East Eye, the LIFG in Manchester were known as the “Manchester boys”. Implacably opposed to Mu’ammar Gadaffi, they were considered high risk and a number were under Home Office control orders – house arrest – when anti-Gadaffi demonstrations broke out in Libya, a country forged from myriad tribal enmities.

Suddenly the control orders were lifted. “I was allowed to go, no questions asked,” said one LIFG member. MI5 returned their passports and counter-terrorism police at Heathrow airport were told to let them board their flights.

The overthrow of Gaddafi, who controlled Africa’s largest oil reserves, had been long been planned in Washington and London. According to French intelligence, the LIFG made several assassination attempts on Gadaffi in the 1990s – bank-rolled by British intelligence. In March 2011, France, Britain and the US seized the opportunity of a “humanitarian intervention” and attacked Libya. They were joined by Nato under cover of a UN resolution to “protect civilians”.

Last September, a House of Commons Foreign Affairs Select Committee inquiry concluded that then Prime Minister David Cameron had taken the country to war against Gaddafi on a series of “erroneous assumptions” and that the attack “had led to the rise of Islamic State in North Africa”. The Commons committee quoted what it called Barack Obama’s “pithy” description of Cameron’s role in Libya as a “shit show”.

In fact, Obama was a leading actor in the “shit show”, urged on by his warmongering Secretary of State, Hillary Clinton, and a media accusing Gaddafi of planning “genocide” against his own people. “We knew… that if we waited one more day,” said Obama, “Benghazi, a city the size of Charlotte, could suffer a massacre that would have reverberated across the region and stained the conscience of the world.”

The massacre story was fabricated by Salafist militias facing defeat by Libyan government forces. They told Reuters there would be “a real bloodbath, a massacre like we saw in Rwanda”. The Commons committee reported, “The proposition that Mu’ammar Gaddafi would have ordered the massacre of civilians in Benghazi was not supported by the available evidence”.

Britain, France and the United States effectively destroyed Libya as a modern state. According to its own records, Nato launched 9,700 “strike sorties”, of which more than a third hit civilian targets. They included fragmentation bombs and missiles with uranium warheads. The cities of Misurata and Sirte were carpet-bombed. Unicef, the UN children’s organisation, reported a high proportion of the children killed “were under the age of ten”.

More than “giving rise” to Islamic State – ISIS had already taken root in the ruins of Iraq following the Blair and Bush invasion in 2003 – these ultimate medievalists now had all of north Africa as a base. The attack also triggered a stampede of refugees fleeing to Europe.

Cameron was celebrated in Tripoli as a “liberator”, or imagined he was. The crowds cheering him included those  secretly supplied and trained by Britain’s SAS and inspired by Islamic State, such as the “Manchester boys”.

To the Americans and British, Gadaffi’s true crime was his iconoclastic independence and his plan to abandon the petrodollar, a pillar of American imperial power. He had audaciously planned to underwrite a common African currency backed by gold, establish an all-Africa bank and promote economic union among poor countries with prized resources. Whether or not this would have happened, the very notion was intolerable to the US as it prepared to “enter” Africa and bribe African governments with military “partnerships”.

The fallen dictator fled for his life. A Royal Air Force plane spotted his convoy, and in the rubble of Sirte, he was sodomised with a knife by a fanatic described in the news as “a rebel”.

Having plundered Libya’s $30 billion arsenal, the “rebels” advanced south, terrorising towns and villages. Crossing into sub-Saharan Mali, they destroyed that country’s fragile stability. The ever-eager French sent planes and troops to their former colony “to fight al-Qaida”, or the menace they had helped create.

On 14 October, 2011, President Obama announced he was sending special forces troops to Uganda to join the civil war there. In the next few months, US combat troops were sent to South Sudan, Congo and the Central African Republic. With Libya secured, an American invasion of the African continent was under way, largely unreported.

In London, one of the world’s biggest arms fairs was staged by the British government.  The buzz in the stands was the “demonstration effect in Libya”. The London Chamber of Commerce and Industry held a preview entitled “Middle East: A vast market for UK defence and security companies”. The host was the Royal Bank of Scotland, a major investor in cluster bombs, which were used extensively against civilian targets in Libya. The blurb for the bank’s arms party lauded the “unprecedented opportunities for UK defence and security companies.”

Last month, Prime Minister Theresa May was in Saudi Arabia, selling more of the £3 billion worth of British arms which the Saudis have used against Yemen. Based in control rooms in Riyadh, British military advisers assist the Saudi bombing raids, which have killed more than 10,000 civilians. There are now clear signs of famine. A Yemeni child dies every 10 minutes from preventable disease, says Unicef.

The Manchester atrocity on 22 May was the product of such unrelenting state violence in faraway places, much of it British sponsored. The lives and names of the victims are almost never known to us.

This truth struggles to be heard, just as it struggled to be heard when the London Underground was bombed on July 7, 2005. Occasionally, a member of the public would break the silence, such as the east Londoner who walked in front of a CNN camera crew and reporter in mid-platitude. “Iraq!” he said. “We invaded Iraq. What did we expect? Go on, say it.”

At a large media gathering I attended, many of the important guests uttered “Iraq” and “Blair” as a kind of catharsis for that which they dared not say professionally and publicly.

Yet, before he invaded Iraq, Blair was warned by the Joint Intelligence Committee that “the threat from al-Qaida will increase at the onset of any military action against Iraq… The worldwide threat from other Islamist terrorist groups and individuals will increase significantly”.

Just as Blair brought home to Britain the violence of his and George W Bush’s blood-soaked “shit show”, so David Cameron, supported by Theresa May, compounded his crime in Libya and its horrific aftermath, including those killed and maimed in Manchester Arena on 22 May.

The spin is back, not surprisingly. Salman Abedi acted alone. He was a petty criminal, no more. The extensive network revealed last week by the American leak has vanished. But the questions have not.

Why was Abedi able to travel freely through Europe to Libya and back to Manchester only days before he committed his terrible crime? Was Theresa May told by MI5 that the FBI had tracked him as part of an Islamic cell planning to attack a “political target” in Britain?

In the current election campaign, the Labour leader Jeremy Corbyn has made a guarded reference to a “war on terror that has failed”. As he knows, it was never a war on terror but a war of conquest and subjugation. Palestine. Afghanistan. Iraq. Libya. Syria. Iran is said to be next. Before there is another Manchester, who will have the courage to say that?