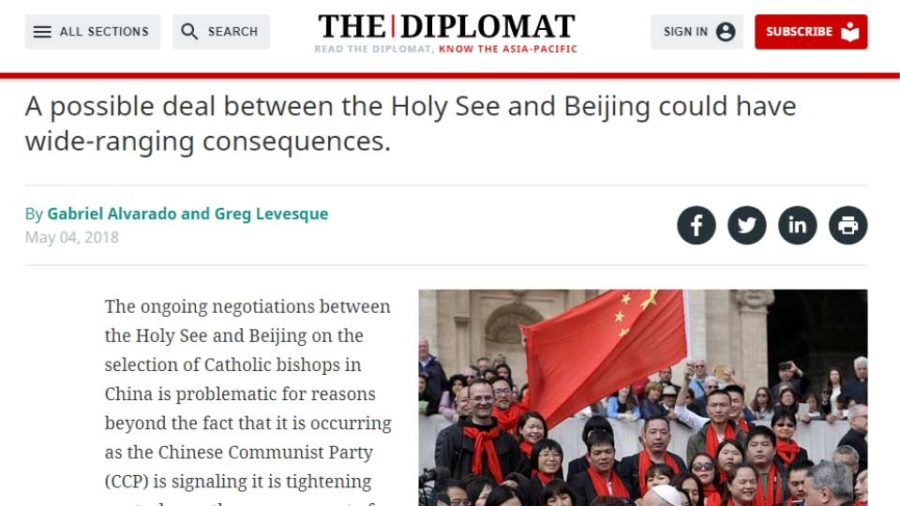 A possible deal between the Holy See and Beijing could have wide-ranging consequences.

By Gabriel Alvarado and Greg Levesque 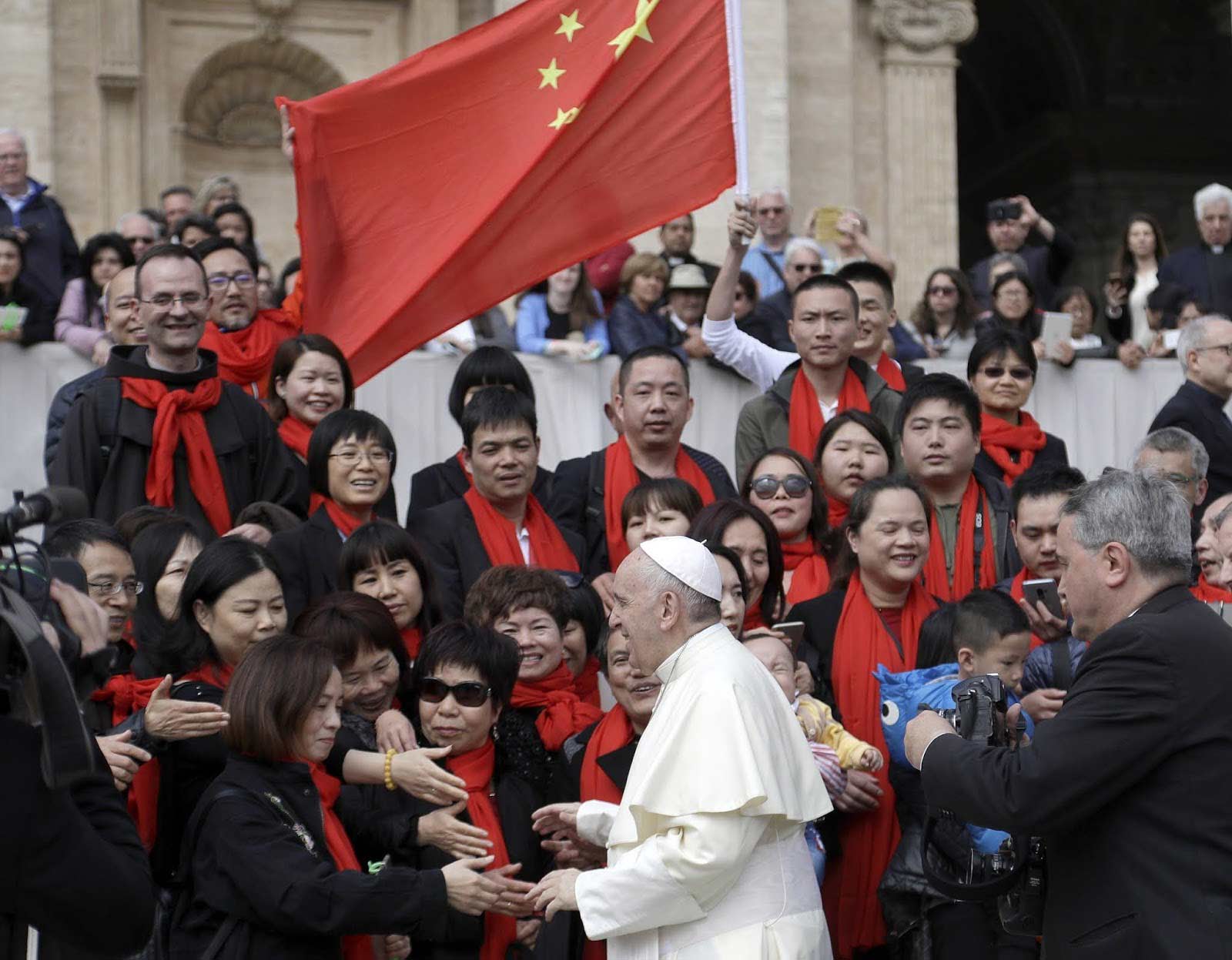 The ongoing negotiations between the Holy See and Beijing on the selection of Catholic bishops in China is problematic for reasons beyond the fact that it is occurring as the Chinese Communist Party (CCP) is signaling it is tightening control over the management of religious affairs in general.

Negotiations were troubled from the outset, as both sides entered into talks with different mindsets. The Vatican appears to be negotiating with a focus on its ecclesiastical objectives, while Beijing almost certainly considers a deal as a means to help meet China’s key political objectives, including legitimizing the CCP’s handling of religious affairs and setting the conditions for reestablishing formal diplomatic relations with the Vatican at Taiwan’s expense.

Behind-the-scenes discussions are customary for the Vatican but doing so could put it at a disadvantage in this case. Beijing is adamant about negotiating bilaterally, particularly around sensitive issues, because it believes, usually correctly, that it gains greater leverage. The South China Sea serves as a case in point — China has avoided settling territorial disputes multilaterally, time and again insisting on bilateral negotiations.

The deal being discussed between China and the Vatican would allow Beijing to propose candidates for bishop in China and the Vatican to select candidates from the list presented by the Chinese. This, on paper, would appear to effectively give the Holy See veto power, but any bishop that is put forward by Beijing will almost certainly be thoroughly vetted to ensure that no matter who is selected their allegiance will be first and foremost to the CCP. This is similar to how Hong Kong’s chief executive is elected — through an electoral committee that is stacked with members that typically vote in line with Beijing’s interests.

There is, therefore, little hope that an agreement will accord the Holy See substantially more access to Catholics or a say in the management of its religious affairs in China. Further, recent reshuffling in China’s bureaucracy also does not bode well for a positive outcome. The incorporation of China’s State Administration for Religious Affairs into the United Front Work Department (UFWD) signals the CCP’s intention to consolidate issues of religion under its purview. The recent issuance of a policy document — Religious Affairs Ordinance, No. 686 (宗 教 事 务 条 例, 国令第686号) — and a white paper titled “China’s Policy and Practice of Guaranteeing Freedom of Religious Belief” (中国保障宗教信仰自由的政策和实践) confirms the CCP still approaches its management of religious affairs from the perspective that religion is a potential conduit for foreign forces to undermine its rule, making it highly unlikely the Vatican could secure any substantial concessions.

There are additional consequences of empowering the UFWD to manage religious affairs. This agency is best known for its work abroad, where it seeks to promote a positive narrative of China. These activities typically translate into ensuring overseas Chinese communities tow the CCP line and entails recruiting them to advocate for pro-Chinese policies in their countries of residence. This is why the UFWD has popped up in recent discussions on Chinese influence operations overseas. The CCP, through the UFWD, might very well strike a deal with the Vatican and broadcast it as legitimizing its management of religious affairs.

The CCP also is likely to use an agreement with the Holy See to pressure it and Taiwan’s other allies to drop diplomatic ties with Taipei in favor of establishing official relations with Beijing. It is not impossible to imagine a situation where, after striking a deal on the appointment of bishops, the discussion eventually turns to how the Vatican must consider dropping ties with Taiwan if it wants to expand activities or else lose its gains in China. Most countries maintaining official diplomatic ties with Taiwan are in Latin America and the Caribbean, an area that is also home to significant Catholic populations.

Other faiths also should take note of these developments as the structure of an agreement may serve as a benchmark for future potential ecclesiastical accords. This could be particularly problematic for organizations such as the Church of…..

Continuar a ler aqui: China Could Get a Lot More Than We Think from a Deal with the Vatican