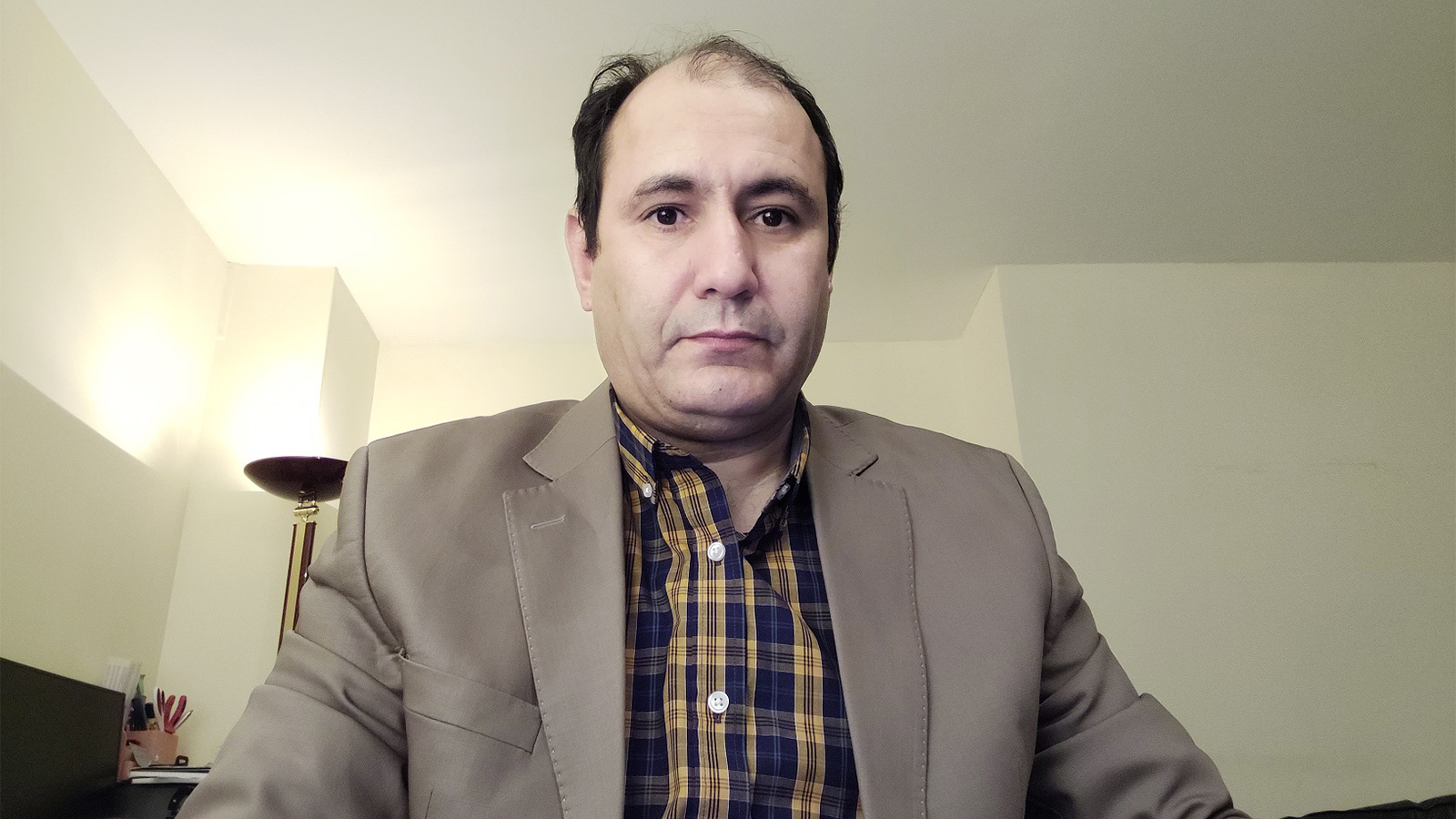 On December 18, Mr. Mohamed Radi Ellili, a Saharawi journalist, with political asylum in France, broadcast live on Facebook the destruction of his Moroccan passport by putting it on fire.

All Saharawi living in the occupied territories of Western Sahara or in Morocco are required to have Moroccan nationality, being denied their own nationality.

Over the past few years and during various internal Moroccan conflicts, videos have been published in which Moroccan citizens set fire to their passports in the extreme act of rejecting the feudal power of Mohamed VI sustained by the fearsome Makhzen[1]. These Videos have never been shown in the European press, which seems to be the eternal ally of the Moroccan terror kingdom, systematically silencing the barbarities and human rights abuses committed in Morocco against the Moroccans and the violent and illegal occupation of Western Sahara and repression of Saharawi citizens. 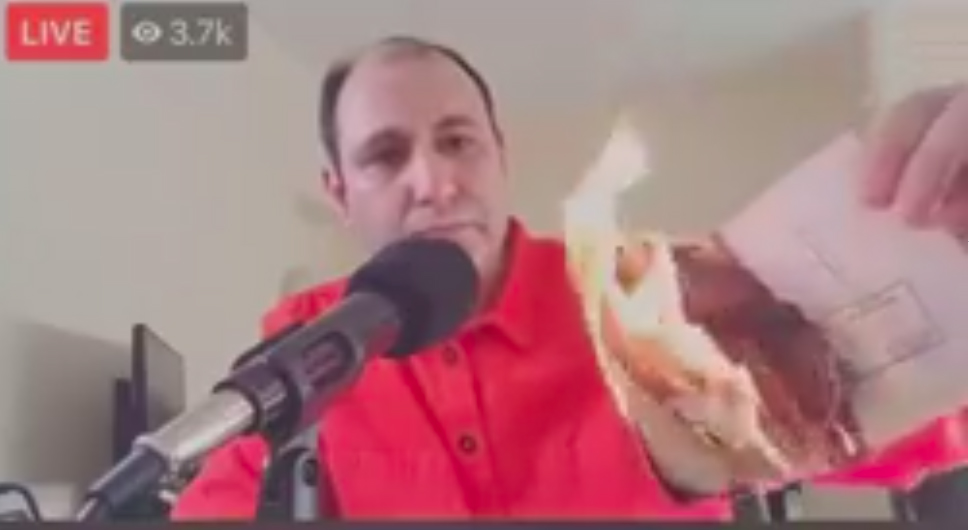 The last public burning of a Moroccan Passport was that of the Saharawi Journalist Mohamed Radi Ellili, who received political asylum in France in 2018.

This decision by Radi Ellili was taken after an increase in the smear and harassment campaign in recent months by the Makhzen against him and his immediate family who still reside in the occupied territories of Western Sahara and Morocco.

The Moroccan State through the Directorate-General for National Security (DGSN), the Directorate-General for Territorial Surveillance (DGST) and the Directorate-General for Studies and Documentation (DGED) lodged complaints against individuals residing abroad, including Mohamed Radi Ellili, accused, according to a joint statement by the three institutions, to the Public Prosecutor’s Office of the Court of First Instance of Rabat for “insulting civil servants in the exercise of their missions” and “contempt for the constituted bodies”, as well as “slanderous complaints”, “fictitious crimes” and “disclosure of false allegations and facts” and, finally, “defamation”.

Ellili, who is first on the list of accused according to the Moroccan press, has reported and commented daily on his facebook page on the events in Morocco and occupied Western Sahara, reaching hundreds of thousands of views in both territories and in the diaspora.

On November 13, 2020, two men appearing as a repair team arrived at Ellili’s family home, where his wife and four children reside. These individuals started filming and arguing with Ellili’s wife. Although Ellili’s wife filed a complaint with the Moroccan authorities, the case has not been investigated.

On December 15, 2020, a group of 4 men, allegedly policemen, went to Ellili’s mother’s house in the city of Guelmim in the south of Morocco, but according to Ellili they were individuals linked to the Makhzen.

The mother, an elderly woman with diabetes and lack of vision, let this group in, which also included a young Saharawi (Sid Ahmed Bayrouk), who is at the service of the Moroccan Ministery of Interior. The team began to question Ellili’s mother, about her son’s political views, his opinion about the Mohamed VI regime, about Western Sahara, his private life and his direct family. All of this happened without any safety precautions in relation to Covid. The “interview” was recorded without authorization and published two days later online and in the following days more videos were published attacking the dignity of the family.

All these filming and harrasment against Radi Ellili ‘s family members are part of the Makhzen strategy who, through threats to the family, intends to silence Radil Ellili, who from Paris has continuously denounced the crimes committed by the Moroccan State, not stopping even after the complaint filed with the Rabat court.

Ellili’s family needs protection but is at the mercy of Makhzen’s actions and due to the total absence of judicial independence in Morocco, the threats go completely unpunished.

Radi Ellili has worked for more than a decade for Moroccan media in Morocco and abroad, has hosted prime time Moroccan state TV news with more than 4,000,000 daily viewers and is the only journalist to be awarded a certificate of never taking bribes, a Sui generis case that made a lot of ink run in Morocco. Despite having studied and worked in Morocco, he has never ceased to be Saharawi, he says, cousin of several ex-prisoners and political prisoners, he chose to try to live and pursue his career in the best possible way.

After the peaceful protest of Gdeim Izik[2], the state TV station where Ellili worked started a labor harassment that  “disguised” the political harassment, Ellili says he never agreed to tell lies and spread the propaganda that was launched in the days after the dismantling of the camp. Gdeim Izik.

The salary freeze was just one of the ways that hit the journalist until he was released.

Ellili started a “round” of interviews and debates in which he denounced his situation, more than 57 in Morocco and also abroad, until he went to France and decided to apply for Political Asylum. Already in safety, in Paris, he gave several interviews, denounces the reign of terror of Mohamed VI and the true situation lived in both Morocco and Western Sahara, something that in Morocco was unthinkable. These denunciations led Morocco through its “agents” to resort to the disclosure of slander and defamation on a personal level using invented sexual cases, a well-known and recurrent way of operating against anyone who dares to denounce the true face of the Moroccan regime.

Days after obtaining asylum, Moroccan media reported that the “fault” of Ellili’s “persecution” should be attributed to the director of the TV station, a clear and manipulative maneuver of the Mohamed VI regime to divert attention and “shake off” the cloak water “putting the blame away from the Palace and thus making another victim of the regime, this time the director. The wage freeze can only be dictated by the state at a state station and the orders come from the ministry that issues the payments. The French court’s decision was a severe blow to Morocco, which has France as its greatest ally in the great enactment of “democratic and developed Morocco” which enjoys tens of millions of European Union support for the development of human rights.

[1] Makhzen – the true Moroccan state – archaic and traditional processes and systems of the political system and the monarchy, which include, among others, the decision-making power of the king’s advisers and the high officials appointed by him and who control everything in Morocco.

[2] peaceful protest camp that brought together tens of thousands of Saharawi on the outskirts of El Aaiun in the occupied territories that for a month demanded their social, economic and political rights and was brutally dismantled on 8 November 2010 with hundreds of arrests and tortured people at the hands of the occupation authorities.