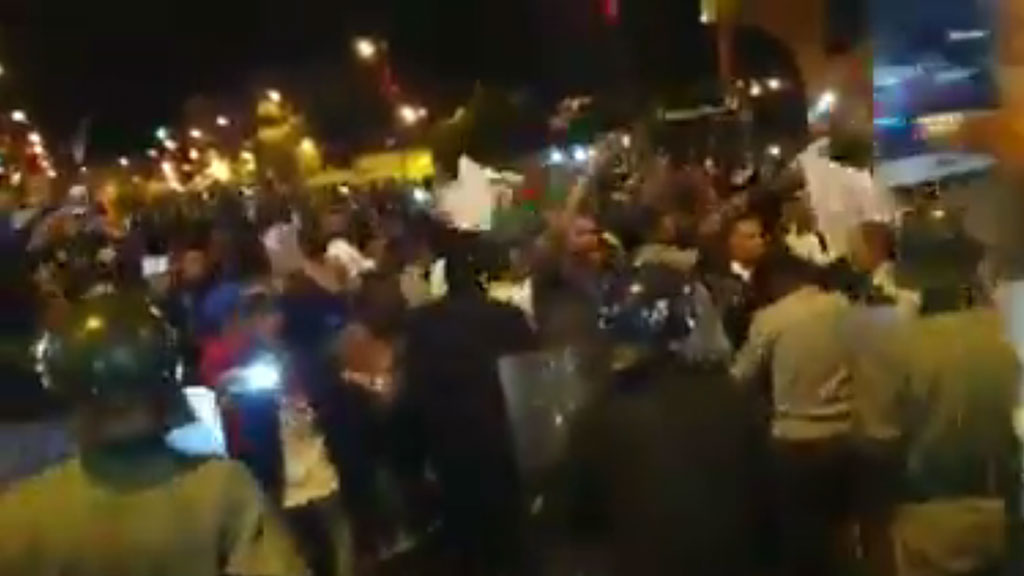 During the night and dawn of 19-20 July the Moroccan occupation authorities brutally invested against the Saharawi population who took to the streets after the victory of the Algerian team in the CAN (African Cup of Nations).

The young Sabah ment Ozman, 23, was struck by a vehicle of the occupation forces on Smara Avenue in El Aaiun, and was immediately killed. It was not until one o’clock in the morning when the news of the young woman’s death was reported on social networks and confirmed shortly afterwards  by our sources on the ground, members of the Nushatta Foundation and Codapso.

Reports of police attacks continued throughout the night. The number of total injured is not confirmed. Children and young people who filled the streets to celebrate the Algerian victory and also demand the independence of the Sahara were not spared.

“They’re using bullets, I’m listening to the shots! … see what happens?” “As soon as we’re happy, the Moroccans destroy everything!” “They killed a girl and broke our hearts!” Says M., a high school student.

“Thousands on the streets, everyone is on the streets, we are celebrating the victory of our brothers and demanding our independence! There are no human rights here, there is occupation!” They killed this girl, one more in the long list of murders, do you think someone is going to do something? Nobody sees us, nobody helps us! They are going to kill us all in one way or another, this cannot continue, “says S, a young student of El Aaiun.

Videos of Dakhla, another city in the occupied territories of Western Sahara, show that there have been demonstrations and celebrations of the Algerian victory everywhere.

During the night not a single car from MINURSO, the United Nations mission for Western Sahara, has been seen. MINURSO does not have the protection of the Saharawi people in its mandate but it has to ensure and monitor the respect for the cease-fire agreement reached between the parties. Although the use of arms against the population is a violation of the ceasefire Morocco does not suffer any sanction. MINURSO curiously never intervenes when it comes to attacks on the Saharawi civilian population in violation of the cease-fire, as was the case of the brutal dismantling of the peaceful protest camp, Gdeim Izik in 2010.

For every Saharawi it is estimated that there are between 10 and 15 members of the various Moroccan occupation forces in the territory, not counting the Moroccan settlers. The population has no means of defense against the brutal daily repression to which it is subjected and has been resisting nonviolently since the 1991 ceasefire, awaiting the promised referendum which has been boycotted by Morocco.

The patience of the Saharawi is at the limit and the successive maneuvers of the United Nations and the silence of the international community are fuel for an enormous revolt in an already troubled region.