Several events since the election of António Guterres as Secretary General of the United Nations led some sympathizers of the Saharawi cause to think that the resolution of the conflict would be well under way. This “trend of reflection” was also supported in social networks, blogs and the media.

In fact the enthusiasm surrounding the new Secretary-General, who for a decade was the United Nations High Commissioner for Refugees and signed cut after cut to the humanitarian aid to the Saharawi refugee camps, always struck me as odd.

The expectations created around the former prime minister of Portugal were due to the fact that he was nice and polite, a quality that fortunately almost all politicians in Portugal from left to right share. But education and sympathy have nothing to do with political stances.

The lack of knowledge and analysis of the political career of the new secretary general, his “alliances” and “sympathies” in the international arena led to an unrealistic enthusiasm.

This is followed by the election of Horst Koehler as SG’s personal envoy to Western Sahara. A new wave of unintelligible enthusiasm sweeps through social networks, blogs, and the media.

Koehler is a man of finance, not of economics, but of finances, of great capital. His resignation as President of Germany was the result of scandalous statements about the “added value” and “positive interest” that the war in Afghanistan and others have for the German economy. He did nothing but tell the truth, almost all Western countries gain from wars that they foment, support, and finance, publicly or behind the scenes, wars that destroy countries and peoples.

Koehler developed the “Marshall Plan for Africa,” a line of thought now is also adopted by the United States that think that economic agreements can override the sovereignty of peoples and that they sell themselves for “economic benefits” to the occupiers, torturers, Assassins.

Koehler initiated new meetings between the Polisario Front and Morocco with the participation of Mauritania and Algeria as observers. These negotiations were a kind of quick band aid to calm the dissatisfaction and disappointment of the Saharawi population with the international community.

We recall that during and after the dismantling of Gdeim Izik in 2010 there were also “talks” when what should have been done immediately was a United Nations military action to protect the Saharawi population attacked by Morocco, in a clear violation of the cease fire agreement.

Koehler visited the occupied territories and his statement was clear on what might be expected, that is: nothing. A statement in which the personal envoy is concerned that a solution is being found to “enable foreign investment” and economic development. 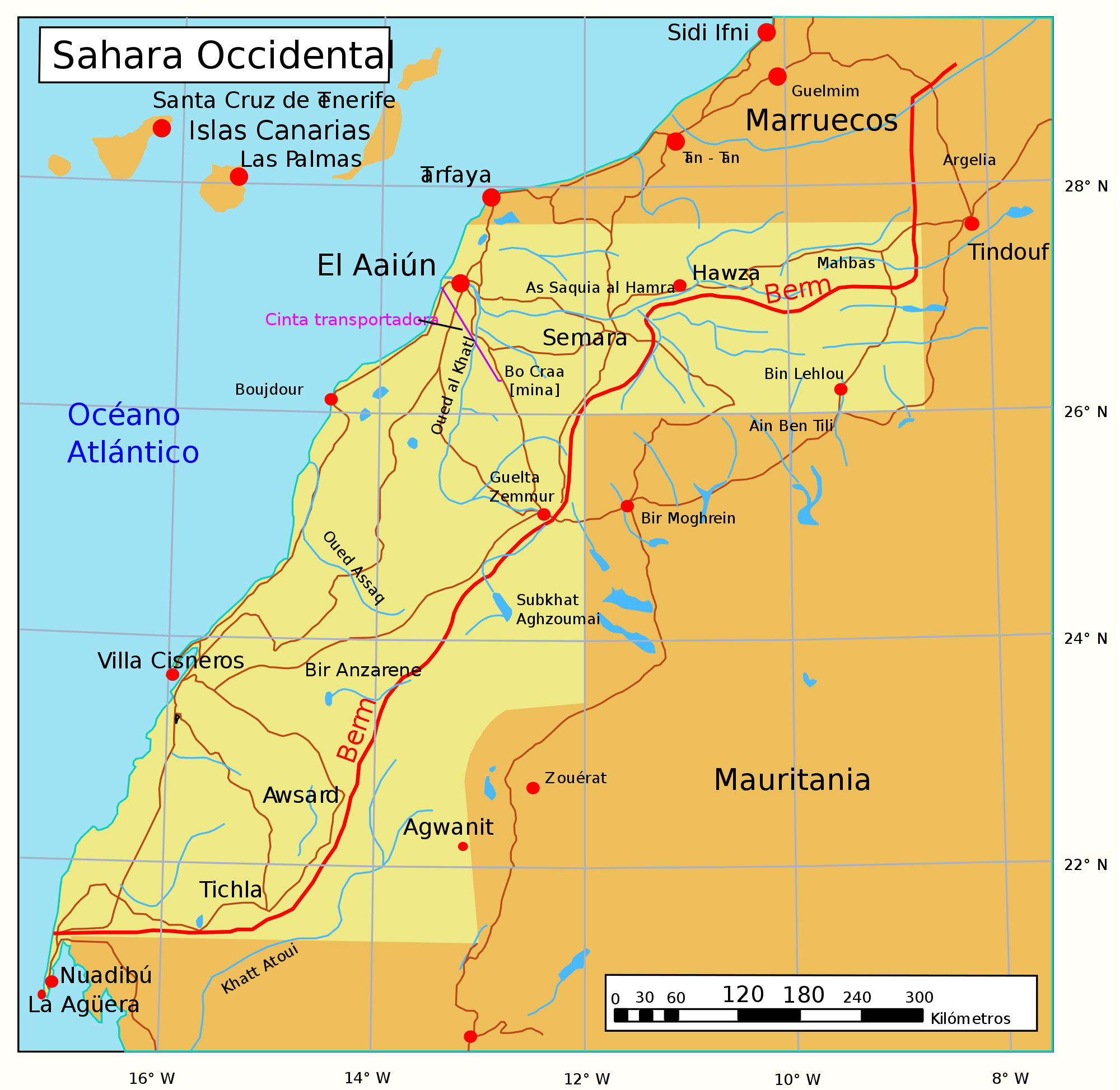 In the meantime, the documents produced within the UN, little by little introduced changes in terminology when it comes to Western Sahara. A trend started during the time of Ban Ki Moon, who was general secretary before Guterres and which continues to be followed.
A little word here, an adjective there, a name, a verb, little by little and almost silently introduce themselves in the reports and resolutions.

Everything indicates the plan of autonomy proposed by Morocco as being such a viable, practical and pragmatic solution – real politik at its best without contemplating the will of the Saharawi people, without respecting the resolutions of the United Nations, the African Union, the International Court, the Court of Justice of the European Union and the ceasefire agreement signed by the parties (Morocco and the Polisario Front).

The great concern in the search for a solution is not the inalienable right of the Saharawi people to sovereignty, and the end of a brutal Moroccan occupation and the definitive decolonization of the territory by Spain, but the economic and geostrategic interests of the “group of friends of the Sahara “. A hilarious and hypocritical denomination that encompasses Spain (colonizer before the law to this day), France (Morocco supporter and dependent on Morocco for its adventures and thefts in Africa); USA (who use Morocco to advance Israel’s positions in addition to “black” operations in the Middle East and North Africa), United Kingdom NATO member together with Spain, France and USA and finally the wild card, Russia.

The resignation of Koehler is not surprising, the official reason is his state of health, but even the German press doubts that fact, since it had already been the official excuse when he resigned from the presidency of his country.

This resignation has an interesting timing in the midst of a political change in Algeria, which is an unshakable supporter of the Saharawi people and the proposal of Trump’s “century agreement” for Israel / Palestine.

The US traditionally supports Morocco’s autonomy plan, although there are some dissenting voices within the various administrations of the last decades. The volatile internal situation of Morocco causes the US to have a “monarch in the drawer” should King Mohamed VI be deposed. Prince Hicham Alaoui, cousin of the current King whose family was slaughtered and lives much of his time in the USA. Whenever there are signs of crisis in the Kingdom of Morocco, Prince Hicham is entitled to a prime-time interview on US TV. A recurring US practice. The Americans seem not to learn from history.

Trump needs Morocco to persuade countries in the Middle East and Africa to support or at least not oppose the ” agreement of the century “. This agreement, which provides for economic concessions to the Palestinians and economic advantages to Israel, is very much in line with Koehler’s thinking, that is, they think that people can be “convinced” through economic and non-political solutions.

Trump’s plan is full of elements that will never be accepted by the Palestinian people, but even more amazing is the “proposal” to change the Egyptian border so that part of the Egyptian territory becomes Palestinian.

Trump and his administration seem to ignore the fact that Egypt is an African country and beyond the detail that the people of this country would have to accept “to give away” part of their territory, there is another factor, the constitutive act of the African Union, which is clear concerning the inviolability of the existing borders in the act of decolonization.

According to analysts and journalists that PUSL / Tornado has contacted in the Middle East and Africa this agreement will be the beginning of yet another unprecedented war and Morocco is once again supporting the US in exchange for support for its autonomy plan.

The Status Quo implemented is such that in a recent Modern Diplomacy article (The labyrinth of the special envoys to settle the question of Western Sahara), author Ali El Aallaoui argued that the Western Sahara issue should be transferred from UN chapter VI – peaceful resolution of disputes to chapter VII – Actions with respect to threats of peace, breaches of peace, and acts of aggression.

Morocco and the international community

Natural resources and economic activities in the territory of Western Sahara occupied by Morocco are of extreme importance to the Alawite kingdom. Without these resources and the displacement of part of the Moroccan population to this territory the already explosive situation of Morocco, would be catastrophic.

Morocco uses the blackmail of the migratory flow to Europe, the enclaves of Ceuta and Melilla, the control of narco-traffic, the negotiations in Africa to favour the French friends, support to the US and Israel and other tricks to continue to have the silent support of the international community.

The current situation with Koehler’s resignation and the report of the SG which is downright disappointing (except for the human rights part due to the constant and consistent action of the defence lawyer of the Saharawi political prisoners and some international observers) raises serious problems for the POLISARIO Front.

The liberation movement and legitimate representative of the Saharawi people is again at a crossroads because it continues to respect the decisions of the United Nations. A difficult task, a test of fire is before the POLISARIO that has a whole population totally disappointed with the international community and now sees once again a pacific solution postponed sine die.