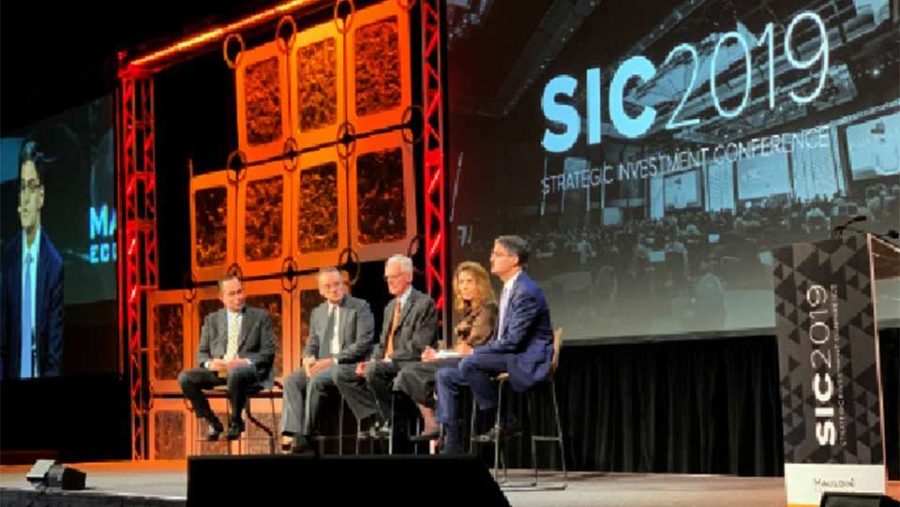 O mais crítico (e também o mais aplaudido…) foi Kyle Bass, do Hayman Capital Management, para quem “it’s hard to deal with a country of cheaters, a country that never sticks to its agreements”. Portanto, na China, “there is no trust and no rule of law” and “the government lies, cheats, and steals as a national ideology”. Por isso, concluiu Kyle Bass:

we need to fundamentally figure out how our economies can act in a way in which we can begin to trust them to stop stealing our intellectual property, to stop undermining us with industrial policy, and to have leadership stop lying to our leadership”.

“One of the highlights at the just-concluded SIC – Strategic Investment Conference was the China panel filled with big-name experts—Kyle Bass, Felix Zulauf, Louis Gave, and Simon Hunt, with Leland Miller of China Beige Book as the moderator. The audience was enthralled. Asked about their level of bearish- or bullishness, the panelists were divided. Most came down on the bearish side… quite a different picture from what I heard at the SIC just a few years ago. 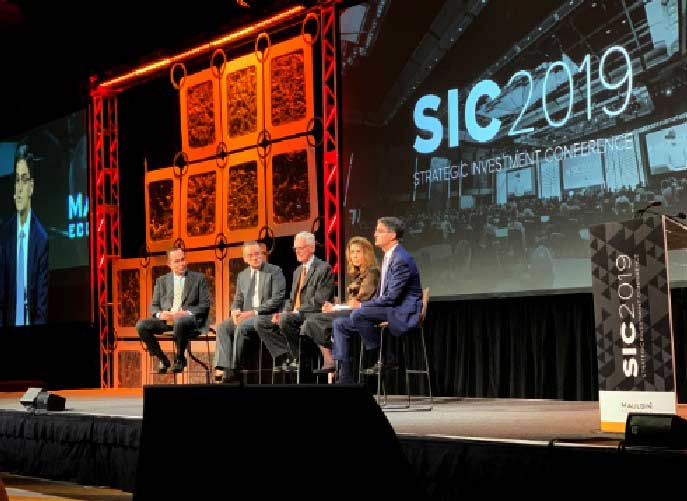 Simon Hunt—founder of Simon Hunt Strategic Services and author of the Frontline China Report Service—distinguished himself as the greatest China bull. He’s optimistic for “at least the next four to five years,” a sentiment that wasn’t shared by most of his fellow panelists.

Simon believes that the Chinese government’s recent move to focus more on the countryside and to provide more economic stimulus there is a smart one. He pointed out that compared to China, US corporate debt is 11% higher, debt per household is 70% higher, and Chinese families are huge savers, which means there’s “virtually zero risk of financial implosion.”

Louis Gave, co-founder and CEO of Gavekal Research, had mixed feelings, saying that Chinese growth is declining and that he’s seen the same thing in Korea and Japan before. He called China’s previous rise “the big macro story,” but noted that for the amount of risk investors had to take, the return has been “very mediocre.”

“The big challenge is that China built itself as the factory floor of the Western world,” he said. On the plus side, the country is trying to get away from that, aiming to become independent from the US—currently its biggest trading partner.

“I turned bearish on China’s economic growth in late 2017,” said Felix Zulauf, former global strategist for Swiss banking giant UBS. He predicted that in the next six months, the country will “disappoint economically.” Then again, he said, so will the rest of the world.

Felix said he was long-term bullish on China, though, expecting that at some point, they’ll take the #1 spot as the largest economy in the world.

Kyle Bass was the most critical of the panelists when it came to China. Asked whether he believes there could be a trade deal before the Fourth of July, he doubted that the US would ever come to a satisfying trade agreement with China because it is “a country that never sticks to its agreements.”

“Right now, there is no trust and no rule of law,” he said. “[The] government lies, cheats, and steals as a national ideology.”

He declared that even talking about economic growth and trading was a moot point: “We need to fundamentally figure out how our economies can act in a way in which we can begin to trust them to stop stealing our intellectual property, to stop undermining us with industrial policy, and to have leadership stop lying to our leadership.”

The audience rewarded his candid statements with applause.

This is a short summary of what you’ll learn from the China panel. China is such a vital part of the global economy that what happens there affects us all.