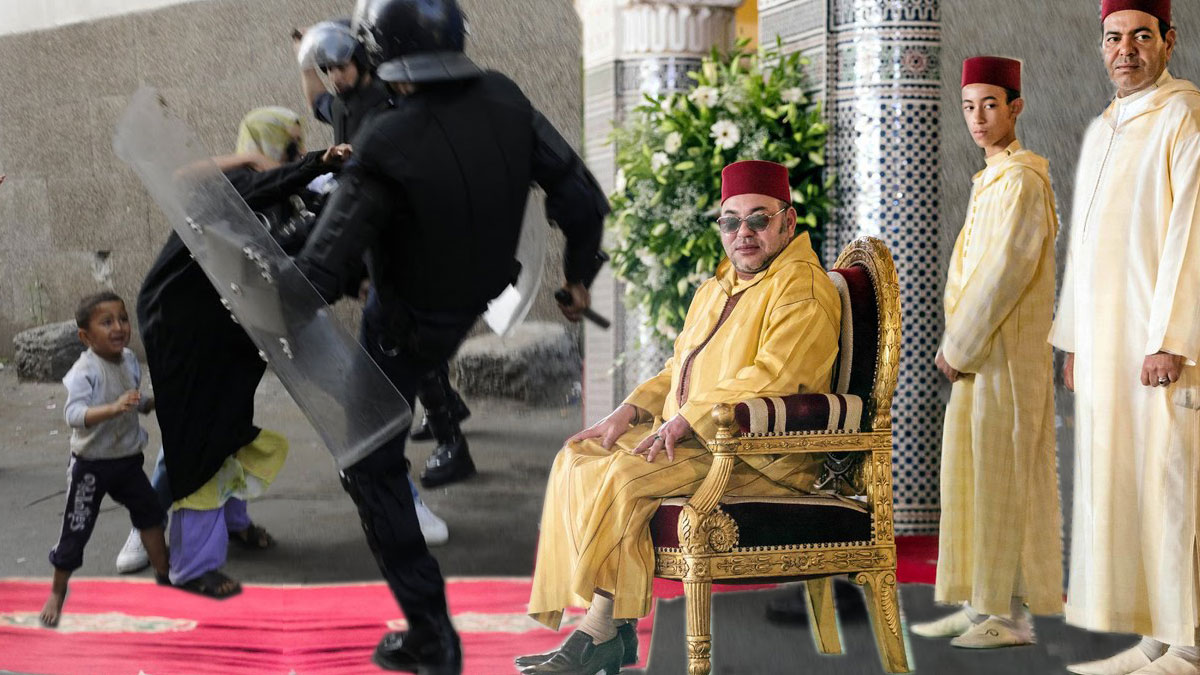 The new Moroccan government announced by King Mohammed VI on 5th of April includes a Ministry for Human Rights, which was abolished in 2002 and now reactivated.

The absolute control circle of the King of Morocco is thus concluded; a campaign of decades of eradication of any kind of denunciation of the very serious human rights violations by independent entities or international organizations has been achieved.

In the last decade, a series of state and governmental human rights bodies have been created, including the Inter ministerial Delegation for Human Rights, the National Human Rights Council (CNDH) and a human rights mediator.

Morocco thus created a Marketing around a “Developed Kingdom and with attention to human rights” and managed to fund obscene sums of the European Union and the silence of the UN High Commission for Human Rights (ACDH).

At the same time, hundreds of Moroccan and Saharawi human rights activists have been persecuted and detained, and the activities of independent non-governmental organizations dedicated to the defence of human rights have been systematically repressed and prevented.

The most significant non-governmental association in Morocco is AMDH (Moroccan Human Rights Association), which has been on the “black list” of the kingdom and whose activists have been scrupulously supervised by Makhzen (Moroccan state machine).

From 2015, authorities blocked dozens of events organized by AMDH. In the same year international NGOs like AI – Amnesty International, as well as HRW – Human Rights Watch, were banned from engaging in any type of activity on Moroccan territory and in the occupied territories of Western Sahara.

Morocco thus seeks absolute control and silencing of all serious human rights violations in Morocco and especially in the occupied territories of Western Sahara, where the repression upon the population is identical to South Africa’s apartheid during colonialism, to the barbarities committed by Indonesia in East Timor and to the day-to-day of any conflict zone.

The expulsion of foreign human rights activists from this territory is a daily practice to prevent them from witnessing how authorities systematically repress peaceful demonstrations in Western Sahara.

Accused political prisoners are arbitrarily detained for months and years and after unfair trials based on their alleged confessions to the police, they are sentenced up to life imprisonment or, as in the case of the prisoners of Gdeim Izik, the charges presented contemplate the death sentence.

To defame the institutions of the State, verbal attack on territorial integrity, insult the king, homosexuality and infidelity, remain offenses punishable by arrest. There are now, according to data from Spanish media, over a hundred prisoners sentenced to death. However, the code of criminal procedure demonstrates the “humanity” of the kingdom when it stipulates that in the case of the person condemned to death is a pregnant woman; execution must be postponed until the child is born.Who is the Moroccan Minister for Human Rights

Mustapha Ramid, appointed by His Majesty King Mohammed VI on 5 April 2017, Minister of State for Human Rights, was born in 1959 in the region of Sidi Bennour (province of El Jadida).

Mr. Ramid, who held the position of Minister of Justice and Liberties in the former government, continued his postgraduate studies at Dar Al Hadith Al Hassania.

In 1989 he was elected member of the Executive Committee of the Association of the Ulema of Dar Al Hadith Al Hassania and in 2005 member of the Bureau of the Bar Council of Casablanca for two terms.

He was a candidate in the 1997 elections on behalf of the People’s Democratic and Constitutional Movement (MPDC), founded by the late Dr. Abdelkrim El Khatib, of which he will chair the parliamentary group.

The case of Gdeim Izik

During the last session of the trial of the Gdeim Izik Group, the presiding judge stated several times that international law, the agreements and arrangements ratified by Morocco did not have room in his court.

In a trial staged to give the illusion of a fair and equitable trial, Morocco has decided to “authorize” the forensic medical examinations required more than 6 years ago by the 24 accused (of whom 21 are imprisoned) to confirm the horrendous systematically tortures they were subjected to. However, once again it is no more than a farce, since the doctors chosen are officials of the Moroccan State and the Istanbul Protocol governing the standards of expertise in the case of torture has not been respected, nor has an independent international doctor conducted the expertise.

The results will certainly be those that fit Morocco. 5 of the accused refused to carry out their investigations in this way, being aware that nothing can be expected from a court where the decision of the Committee against Torture denouncing torture against this group can not even be mentioned by the defence lawyers without the room bursting into shouting, and their immediately forbidden to speak.

reactivating a Ministry of Human Rights at a time when the government is impeding the work of independent human rights monitoring bodies makes “1984” the work of George Orwell and his ministries Of truth and of peace.”