Morocco to lobby for the occupation of Western Sahara 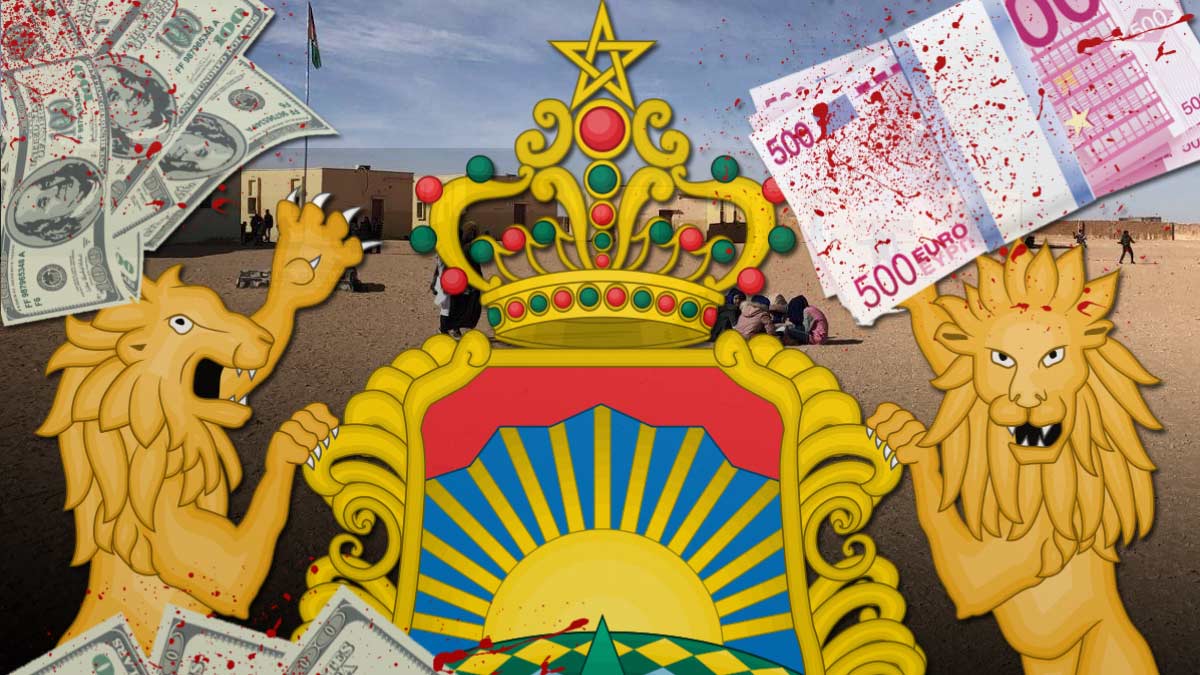 Morocco spends Millions in the USA, Latin America, EU and Africa to lobby for the illegal occupation of Western Sahara.

Several media have denounced in the last days the lobby tactics of Morocco to advocate for the illegal occupation of Western Sahara in the USA, Latin America, EU and Africa

The lobby techniques in the EU, namely in the European Parliament have been denounced in 2018 by EU Observer and resulted in the resignation of MEP Lalonde (Rapporteur of the EP of the pact to include the Sahara in the agreement with Morocco resigns because of her links with Rabat), who was a member of the EuroMedA Foundation. The foundation has direct ties with the Moroccan leadership; its governance includes several high-profile former Moroccan Ministers and it has organized several events within the European Parliament in partnership with Moroccan State-owned Office Chérifien des Phosphates (OCP).

The  Moroccan media, Le Desk, has described this foundation as “dedicated to promoting Morocco for which it multiplies soft power actions within the European Parliament”.

According to American sources  in the first months of 2020, Morocco spent 140 thousand dollars in the lobby in the United States in order to defend its illegal occupation of the territory of Western Sahara, an occupation contested by the Saharawi people and the international community, published the online media (Etats-Unis : Le Maroc dépense énormément pour «légaliser» l’occupation du Sahara Occidental).

The data available in the specialized American center called “opensecrets” shows the totals of payments reported by FARA (Foreign Agents Registration Act) registrants acting as foreign agents lobbying and to influence in the United States on behalf of foreign principals in countries around the world. In 2018 Morocco spent $1,695,458 on lobbying and influence in the USA.

According to “Africa Report” (US-Morocco: Rabat plays the Washington DC influence game) JPC Strategies, created in the fall of 2017, filed its declaration with the US Department of Justice at the same time as it initialed its contract with Morocco, it’s only client.

Like the Moroccan American Center for Policy (MAPC), established by Edward Gabriel  former US Ambassador, JPC  Strategies handles all lobbying concerning the Moroccan interests in Western Sahara. It’s main goal is to influence the US politicians and governments to support the illegal occupation of Western Sahara spending huge amounts in to do so (OpenSecrets.org – Government of Morocco).

Chilean political analyst Esteban Silva Cuadra executive president of the “Allendist socialist movement” of Chile, denounced in an article, published by several media, “the methods and maneuvers of Moroccan diplomacy in an attempt to suspend the recognition of the Saharawi Arab Democratic Republic (SADR) by the countries of Latin America, the battle for Saharawi natural resources, and the role of SADR as a link between the Arab world and Africa with Latin America “.

According to the Chilean expert in “Latin America and the Caribbean, the Moroccan monarchy aims to block the relations of the Saharawi people, to discredit the Polisario Front as an interlocutor and to block the recognition of the SADR “.

Morocco tries to prevent, on the one hand, the recognition of the SADR by the Latin American governments and, on the other hand, in front of the countries which maintain diplomatic relations with the SADR, to actively and multiple pressure ways to paralyze, reverse or freeze institutional relations and cooperation with the Sahrawi state”. He explained.

Rabat offers travel, checks and meets other “needs” to its recruits.

Over the past 20 years, “Morocco has opened embassies and intensified its activity in the region in response and in response to the advancement and dynamism of Saharawi foreign policy”, explained Esteban Silva, before adding that the “the kingdom seeks to weaken and neutralize in the region support for the self-determination and independence of the Saharawi people, seeking to influence the ruling elites, governments, parliaments, business and political leaders in through offers of supposed economic benefits that never materialize. ”

“They constantly offer trips to Morocco, paying all the expenses related to these trips to a few parliamentarians, politicians and government officials,” he revealed. Through these trips and stays and the coverage of other “needs” of its guests, “Rabat seeks to recruit them to support positions as despicable as the illegal occupation of Western Sahara and its false thesis of autonomy against the right to independence and, by the way, to hide international complaints against the illegal plundering of the natural resources of the Saharawi nation “, he explained.

Esteban Silva also detailed that another aspect of the Moroccan strategy “consists in silencing and distorting the complaints concerning the systematic violation of the human rights of the Saharawi people in the occupied territories and the serious situation in which are the Sahrawi political prisoners detained in Morocco “.

The Chilean politician even denounced former deputy Roberto Leon who, having supported the independence of Western Sahara but after having carried out mysterious and constant journeys funded by Morocco today advises and writes fervently in the Rabat media to defend the colonialist and illegal occupation of Western Sahara.

With the entry to the African Union, Morocco invested Millions to assure the alliance of African countries.

In order to understand the ease of buying / selling of these countries, we give the example of São Tomé and Príncipe, which received 70 scholarships from Morocco in Moroccan universities (not in the occupied territories where there is only a private university) and the “promise” to start already this year, one million dollars a year in budget support. Morocco’s promises to African countries in exchange for supporting the occupation / colonization of Western Sahara are nothing new and have been used more frequently since 2015.

The promises are never fulfilled or are considerable less than the initial agreements.

Rabats spending surpasses the “diplomatic” and “lobbying” circles. The Kingdom of Morocco also uses mosques in Spain, Russia, China and the Middle East to encourage believers to  “defend” Morocco’s occupation of Western Sahara.

Mohamed VI who entitles himself as “commander of the believers” is known to finance Mosques all over the world and the amount of Moroccan Muslim leaders in Europe is enormous.

The “Morocconess of the Sahara” is no longer limited to being imposed in Morocco and in occupied Western Sahara, the kingdom of Morocco now uses the Imams of the mosques in Spain, Russia, China and the Middle East as a political instrument of manipulation. The imam of a mosque in Madrid did not hide from whom he received the orders and said: These are the directions of His Majesty (Mohamed VI) through the consulate general and associations  at his last meeting here in Madrid .” And he continues and explains that these guidelines to imams have also been given in countries like Russia and China and also in the Middle East.

Taking advantage of the prayer period, the imam instructed the Moroccan subjects present at the mosque to make political propaganda in favor of the Moroccan theses by “indications” from the King of Morocco. (Morocco orders Mosques in Spain, Russia, China and the Middle East to defend the legitimacy of the occupation of Western Sahara).

The media are also targeted and the influence and payment of Morocco to European, American and Latin American journalists are well known. Offers of voyages with “everything” included to the journalists and their media are frequent. A Portuguese reporter denounced to PUSL how in one of the voyages to Western Sahara any contact with the Saharawi Population was prohibited and the program that was initially intended to show “the tourism potential” was nothing other than political propaganda to defend the occupation of Western Sahara. “They introduced us to false Saharawi with traditional clothing but we all could see that this was all fake. The Morocconess of Western Sahara or as they say – provinces of the south – was the main theme during the whole visit.”

During an official state visit of a European country a journalist confided to PUSL that he was shocked with the meaning of “all included”. “We were offered everything, even sexual favors from minors. I’m not talking about the offers in the street that all tourists know, I’m talking about offers made by the staff of the government”.

Both journalists asked to stay anonymous according to them the reach of the Moroccan Kingdom is far bigger than we imagine.