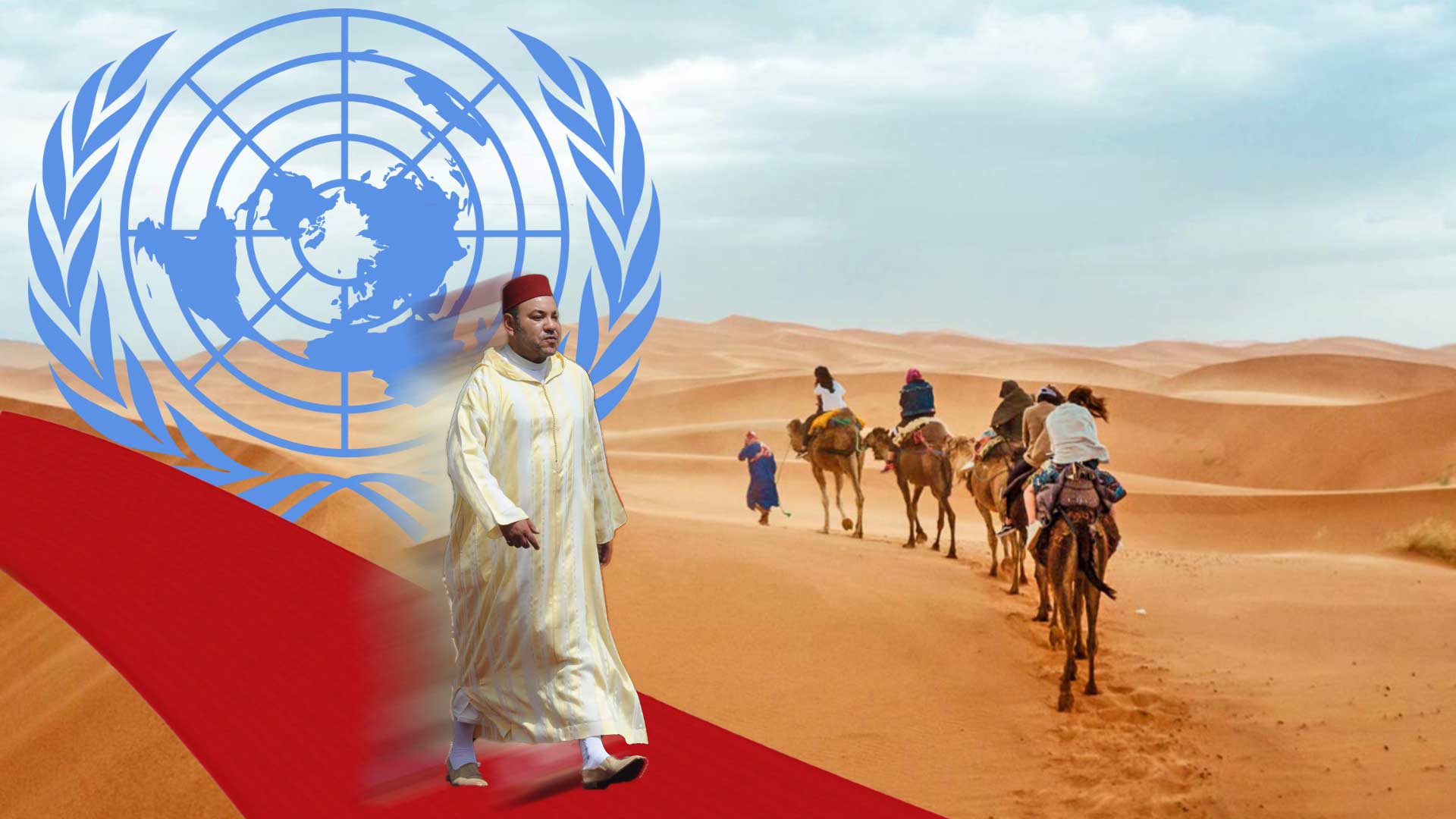 In recent months Morocco has stepped up the pace of its “farce legitimation” of sovereignty over Western Sahara.

A manoeuvre for internal consumption in a scenario of revolt and contestation by a significant part of the Moroccan population where the Sahara “morocconess” is one of the pillars and red lines of Mahjzen (state within the state) and the Alawite King, Mohamed VI, and where the illegal occupation of Western Sahara serves as a “distraction” and demonstration of power and strength

After the judgments of the Court of Justice of the European Union that reaffirm that Morocco has no sovereignty over Western Sahara, and the various urgent measures indicated by the Committee Against Torture concerning Saharawi political prisoners of the Gdeim Izik Group asking for their release and opinions of the various United Nations mechanisms on the violation of human rights in Western Sahara, Morocco strikes out like a wounded animal.

It accelerates trade agreements and “greenwashing” with supposedly “green” companies in the occupied territories, the tourist offer in Dakhla, the holding of international sporting events and finally the opening of consulates of African countries after receiving “financial aid” from Morocco.

The recently opened consulates are from São Tomé and Príncipe, Central African Republic (in civil war for over 5 years), Union of the Comoros, Guinea-Conakry, Gabon and the Honorary Consulate of Ivory Coast.

The five consulates and the honorary consulate are from countries in extreme poverty, with no expressive native population in the occupied territories of Western Sahara. According to the International Monetary Fund, World Economic Outlook April 2019 in the ranking of the poorest countries in the world São Tomé and Príncipe is the 32nd, the Central African Republic the 2nd poorest country in the world, the Union of the Comoros is the 9th, the Costa of Ivory the 48th, Guinea-Conakry is in 21st and Gabon in 116th place.

In order to understand the ease of buying / selling of these countries, we give the example of São Tomé and Príncipe, which received 70 scholarships from Morocco in Moroccan universities (not in the occupied territories where there is only a private university) and the “promise” to start already this year, one million dollars a year in budget support. Morocco’s promises to African countries in exchange for supporting the occupation / colonization of Western Sahara are nothing new and have been used more frequently since 2015.

The consulates now opened lack total legitimacy under international law, but that does not affect the plans of the Monarchy and Mahjzen whose aim is to take advantage of the lack of action by the United Nations and the negotiations between the parties to make internal and external demagogy with the help of media at national and international level.

The enormous ignorance of journalists in general about the process and the lack of reading of United Nations documents, namely of the Security Council, the decisions of the African Union, the judgments of the Court of Justice of the European Union and the opinion of the International Court of Haya , as well as the lack of opportunity for contradiction in the conventional press, which thus becomes an accomplice, facilitates the propagandistic work of Morocco.

Another recent manoeuvre by Morocco was the unilateral declaration of expansion of its maritime area, EEZ (Exclusive Economic Zone) based on the miles referring to the occupied territories of Western Sahara and including the Canary Islands. Another act that lacks any legitimacy under international law. What is Spain’s position? Once again the Provinces have a different attitude than the Government. The newly elected Spanish government, in line with all the previous ones, is afraid to agitate Morocco, shields itself with lukewarm statements, while the governments of the Provinces and above all of the Canaries openly attack Morocco on this issue and reaffirm that the waters in question are Saharawi and Spanish and not Moroccan. The Spanish right wing has already manifested itself at national level against these annexation impulses by Morocco and the left-wing PODEMOS party that is part of the Government has statements of condemnation at the local level, but there is still no statement by its leader Pablo Iglesias who defended in his electoral program the defence of the rights of the Saharawi people.

The holding of international sporting events in the occupied territories is another way of “normalizing the status quo” that Morocco chose, the last example being the CAF (African Football Confederation) Futsal Championship, which had the boycott of South Africa, Algeria and numerous international protests.

Morocco’s claim has to do with its internal policy, with the radical need that the Alawite kingdom has to establish its legal control, in addition to the economic need, over the territories of Western Sahara. In Morocco, this is the red line alongside the absolute monarchy. “The southern provinces” as the official terminology is, since Western Sahara is a taboo term that can lead to imprisonment, is a national issue that brings together all political currents, from the monarchy to the Islamists, the nationalists and the pretend social democrats.

Morocco is aware that the loss of this effective control, through a referendum supervised by the United Nations, which was the basis of the ceasefire agreement in 1991, and in which the option of independence would triumph, would cause the collapse of the Alawite regime as we know it , and would lead to an internal revolt in Morocco against the monarchy. For that same reason, Morocco has hindered negotiations for decades, causing a delay of the referendum and now openly declares that the only solution it accepts is an autonomy plan. Autonomy that is unthinkable in the reality of an absolute monarchical regime where the government has a decorative role in order to give the image of a democratic regime, thus accessing astronomical sums of economic aid from the European Union. An autonomy that would never be accepted by the Saharawi people.

Morocco wants to win through wear and tear, but it does not take into account a primary factor in which realpolitik has been stumbling on for centuries. The human factor: The Saharawi population living under a regime of ferocious occupation in the occupied territories, in exile in the middle of the desert in the refugee camps and in the diaspora in Europe. Despite more than 4 decades of wear and suffering and with all the problems of a prolonged status quo they continue to support and recognize the Polisario Front as a legitimate representative of their interests, they are organized and clearly dissatisfied with the actions of the international community in which they have ceased to pin any hope.

A powder keg in a difficult and explosive geostrategic context in which Morocco chose to set fire and the international community to remain silent, letting the fire advance.