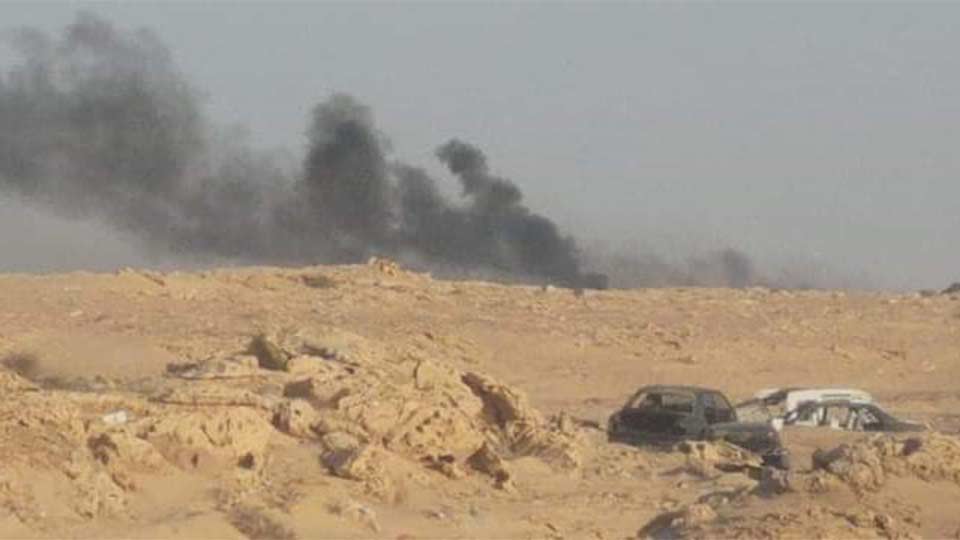 This morning, November 13, 2020, the Moroccan army penetrated through 3 points of the illegal Guergarat breach in violation of the ceasefire with the intention of forcibly dispersing the Saharawi civilians who have been protesting in that place for more than 3 week.

This morning, November 13, 2020, the Moroccan army penetrated through 3 points of the illegal Guergarat breach in violation of the ceasefire with the intention of forcibly dispersing the Saharawi civilians who have been protesting in that place for more than 3 week. The moroccan. intend to  make a line along the illegal road built by Morocco.

Before the Moroccan army entered with military vehicles, Moroccans sent plainclothes soldiers to attack Saharawi demonstrators in an attempt to manipulate the situation.

One of the moroccan army group came across the Saharawi army already close to the border between Western Sahara and Mauritania and the military confrontations began.

When the Moroccan army violated the ceasefire, the Saharawi army immediately protected Saharawi civilians and placed them in a safe place.

The war clashes lasted less than an hour in the first phase.

According to sources on the ground, the Saharawi army captured 7 dozen Moroccan soldiers.

Where is MINURSO? Where are the United Nations? Where is Guterres?

All of this is happening under the passive eye of the United Nations Peace Mission, which was already informed of the Moroccan intentions of violating the ceasefire since diplomatic sources announced last night that they were going to cross the buffer zone with military vehicles and were cited by the Spanish agency EFE this morning as well as in the Moroccan media.

The Polisario Front, the legitimate representative of the Saharawi People and the RASD (Saharawi Arab Democratic Republic) issued several warnings that they would not allow the Moroccan army to enter the Saharawi territories in violation of the military agreement no. 1 and the ceasefire agreement.

MINURSO’s soldiers have been in the demonstration zone since day one and their duty was to defend Saharawi civilians from a Moroccan attack and to close the illegal breach opened by Morocco, in accordance with the relevant United Nations resolutions.

It was only with António Guterres that there was a change in the terminology applied to the illegal breach as we reported in our last article.