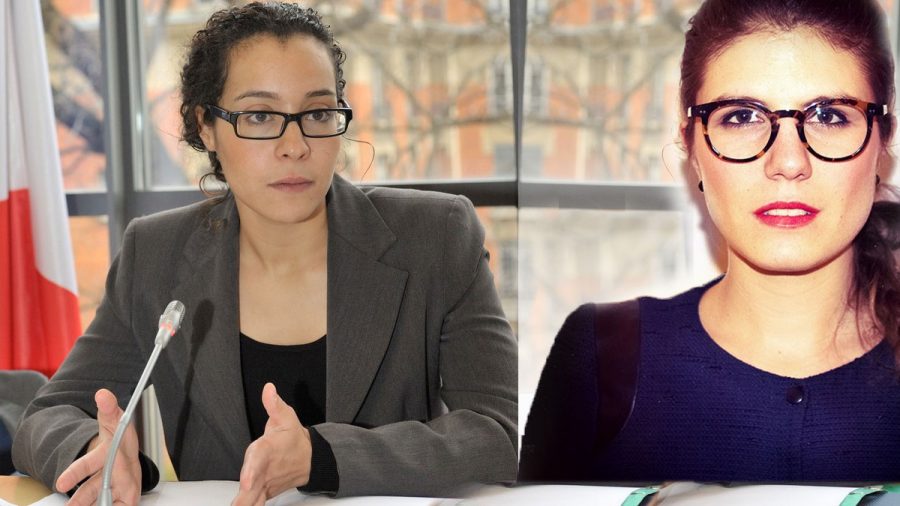 Mrs. Ouled and Mrs. Metton, French lawyers, who represented the Saharawi Political Prisoners of the Gdeim Izik Group, presented a detailed report on this case that denounces all illegalities and the systematic torture these 24 accused have undergone for almost seven years.

FacebookTwitterPinterestReddit
Tumblr
In the report are also included 3 counter expertise of the medical examinations of the prisoners and the autopsies that were “given” to the lawyers only seven years after the events, but not presented in court, nor were there any bodies presented.

The next trial session, which is believed to be the last will start on July 11th, after the civil party in it’s finally pleading did ask for change of charges to acts against the internal security

of Morocco, which is no other than domestic terrorism charges and accused Polisario and Algeria to be enemies of the Kingdom.

On the 16th of May, the political prisoners and their lawyers withdrew from the process. The accused declared that they would not continue to participate in “a theatre play called trial” where “presumption on innocence is totally absent” and ” is no more than the replay from the Military court of 2013″.

Mrs. Ouled and Mrs. Metton you have published a very detailed report on the Gdeim Izik case, how did you get involved with this case?

Me METTON is specialized in international humanitarian law, and criminal law she is the lawyer of Naama Asfari, one of the accused. Her firm filed a complaint on his behalf in France and won a procedure in the Committee against torture.

Me OULED used to work for the French government as a legal advisor for international and European law. She is specialized in Saharawi asylum cases.

On May 16th you were expelled by force from the court room in presence and by orders of the presiding judge, is this a normal procedure in a lawful country?

Our expulsion on May 16th is the sign that there is no respect of the rules of law by the Appeal court of Rabat and the Moroccan justice.

It is absolutely unusual to expel defence attorneys while there are pleading, and it is the main offense to the right to defence that can be done.

What are the main points you would point out that demonstrate the innocence of the 24 accused?

All the main points demonstrating the innocence have been stressed up by domestic and international courts : there are no proofs of the 24’s guilty.

The military court convicted and imprisoned the defendants primarily on the basis of their contested confessions while the defendants said the security forces had tortured them and forced them to sign statements they had not read. The case file shows no evidence that the court conducted a medical examination on any defendant to check for evidence of abuse.

The court heard only one prosecution witness, fire fighter Redouane Lahlaoui, who did not recognize any defendant. No police agents testified.

The prosecution also presented weapons that the police would have seized at the camp. However, the prosecution did not address any evidence that linked the weapons to the defendants other than “confessions” in which they admitted to their possession and use (no DNA test ordered for instance).

Moreover, no autopsy report was introduced at the trial to elucidate how and when each of the security force agents had died. The court did not establish which of the defendants caused the death of which law-enforcement agents.

The Court of cassation cancelled this decision showing that there is: 1. No victims; 2. No evidence of the murders; 3. No evidence of links between the accused and the dead police officers.

Also, the Committee against torture declared that Morocco tortured Naama Asfari, one of the accused, and used his declaration obtained under coercion to pronounce him guilty. Thus, there is no evidence but his own declarations. And this is the case for all the accused.

Finally, the civil parties attorneys themselves declared that there was no proofs to demonstrate the 24 were guilty of murders.

Do you believe it to be a criminal trial?

A criminal trial needs to respect the basics principles of criminal law and criminal procedure: an impartial court  show due diligence in trying to determine whether there is sufficient proofs to declare someone guilty of a crime.

There was not the case: unfair convictions for the defendants.

Almost all the accused were known for there political involvement for auto determination of the Saharawi and/or as human rights activists. This is the real reason why they are prosecuted by Moroccan justice.

Also, during the 6 months of trial, and especially at the end, the President, the Prosecutor and the civil parties’ attorneys tried to demonstrate a link between the accused and the Frente Polisario and also a third country, Algeria. The aim is to show the accused as puppets of political forces trying to destabilized Morocco. 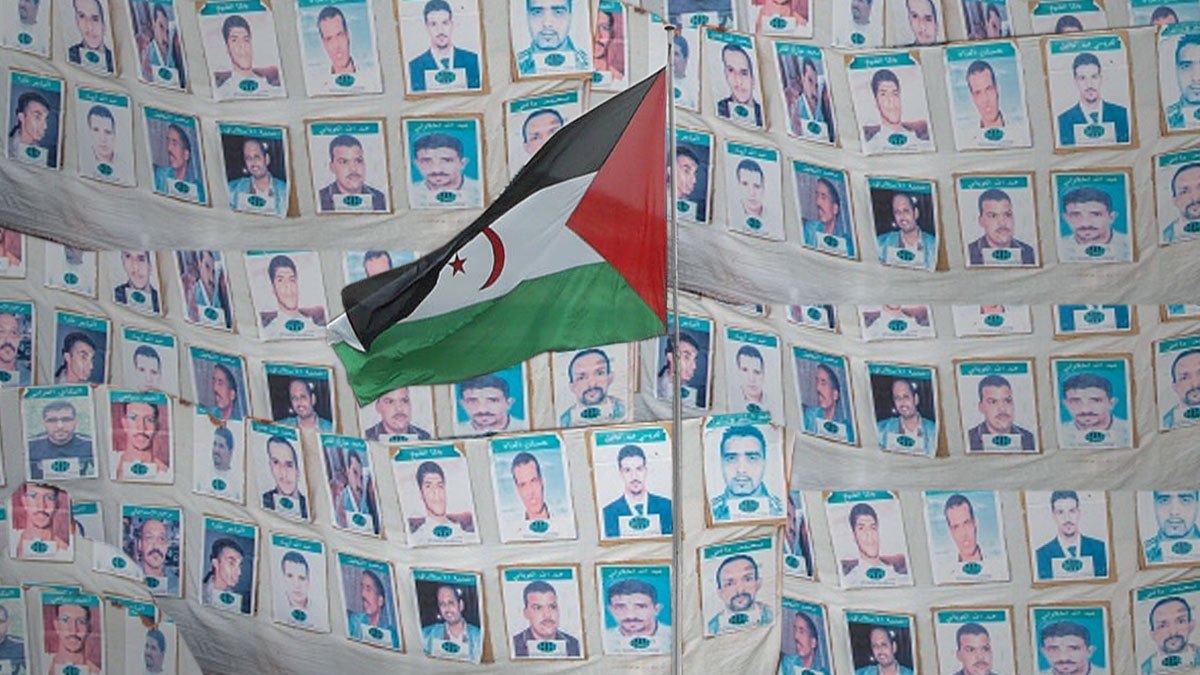 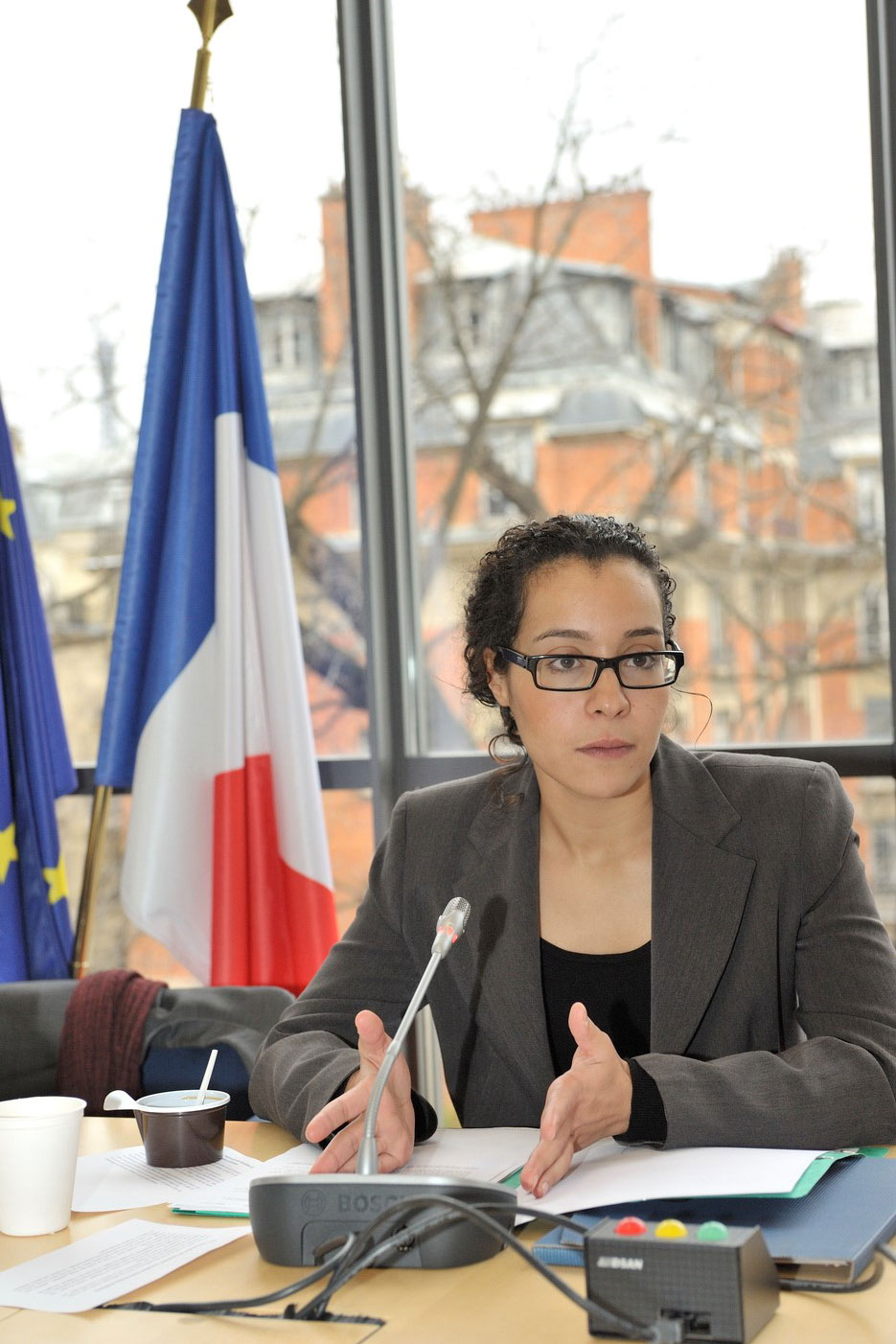 Me OULED used to work for the French government as a legal advisor for international and European law. She is specialized in Saharawi asylum cases 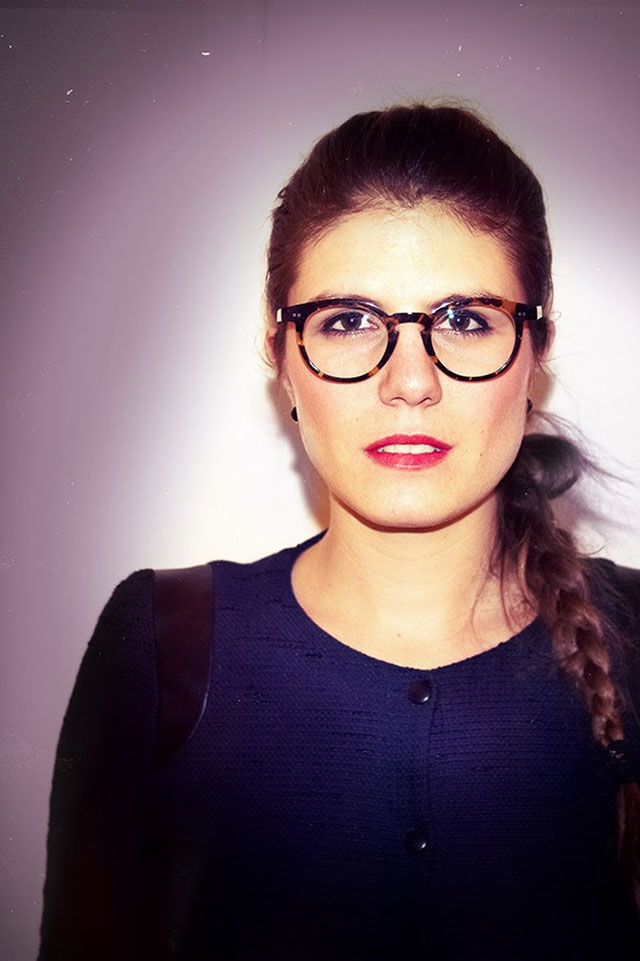 Me METTON is specialized in international humanitarian law, and criminal law she is the lawyer of Naama Asfari, one of the accused. Her firm filed a complaint on his behalf in France and won a procedure in the Committee against torture 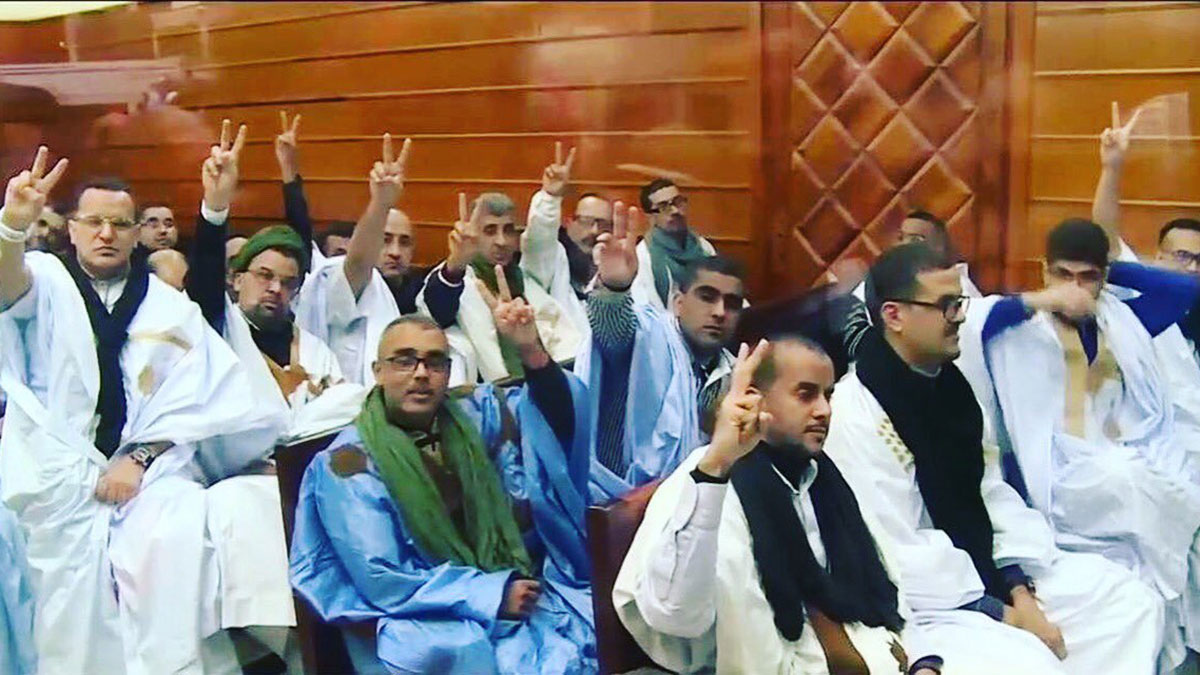 The Moroccan justice made this trial a political trial

The legitimate representative of the Saharawi people is Frente Polisario, the liberation movement is the one who signed the cease fire agreement and who sits at the negotiation table in the united nations.

It was also Polisario who presented a legal process against the illegal exploitation of the Natural Resources by Morocco and won the case in the European Court of Justice, which is provoking some financial distress to the Kingdom of Morocco who has seen several of shipping cargo with illegal products detained.

Do you believe that the Gdeim Izik group is being used by Morocco’s propaganda machine to fabricate an terrorism link and therefore discredit Polisario?

The strategy of presenting a movement of independence as a terrorist group is a very old strategy, that France used in Algeria for example.

Nowadays, you just have to say terrorism to make everything possible even the imprisonment of 21 persons who must be until today consider innocents.

Actually, the fact that the Court of Appeal is trying to demonstrate that the accused were linked with the Frente Polisario and that they are terrorist

is actually a confession that the accused are prosecuted for their political opinion and their activism.

There are dozens of Saharawi political prisoners detained by morocco in inhumane conditions and subject to systematic torture, why is the world silent?

Morocco creates a real Omertà (law of silence) surrounding the Saharawi: journalists are forbidden from the occupied territory, attorneys are expelled, human rights activists etc…) and this works.

Also, Morocco has the support of a powerful country, as France.

Can you explain to us the importance of the participation of trial observers, lawyers and human rights, activists in this trial?

The work of international observers and activists is essential to get witnesses of what is going on, and it helps lawyers and attorneys by given them independent information on the reality in Moroccan courts.

There are few representatives of States on those trials. Without these observers, lawyers and human rights activists, the issue of the torture and rape of the Saharawi activists would have never been denounced to the world.