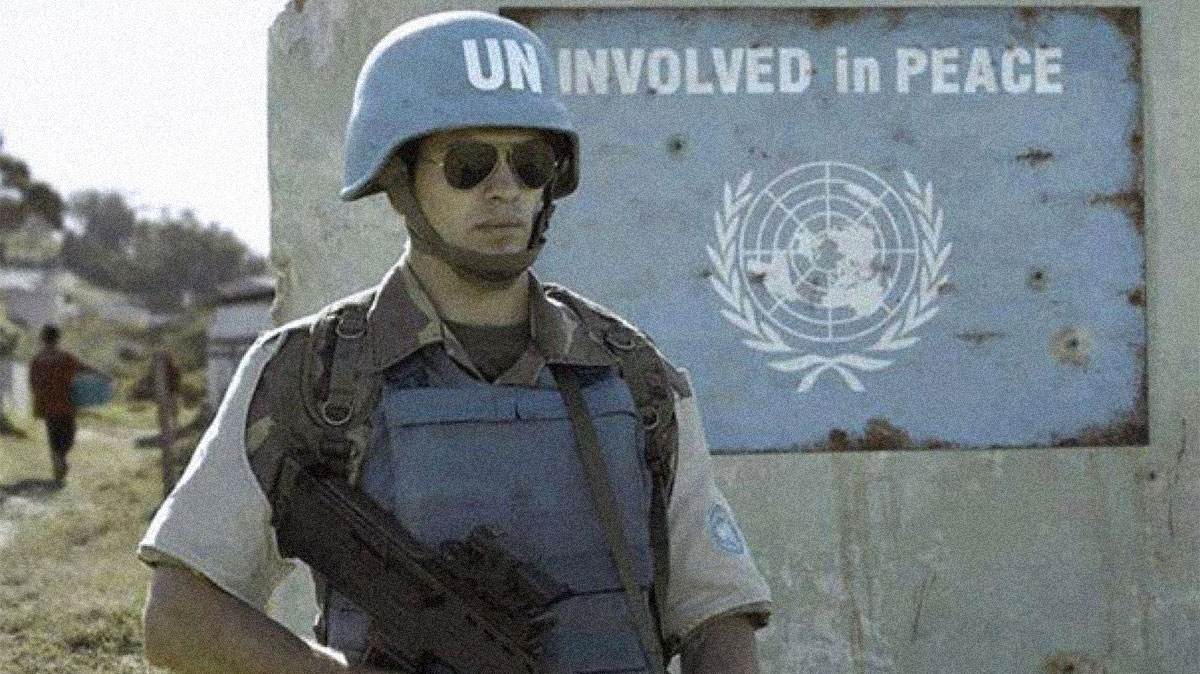 Or why were Saharawis forced to go to war.

On 21 October 2020, Saharawi men, women and even children came together in the face of the illegal Guergarat breach opened by Morocco in the buffer zone between illegally occupied Western Sahara (United Nations General Assembly Resolution 37/34 in 1979 and 35 / 19 in 1980). This breach was opened illegally by the Moroccan occupier under the pretext of the passage of the Paris-Dakar in 2001 and has since been a source of tension, for which successive UN Secretaries General have warned and called for its closure.

António Guterres arrived and started to call the illegal breach a route of commerce and people as if we were talking about Oxford street, Gran Via or the Champs Elisée.

Unfortunately many people are inattentive, I prefer to believe that than in ignorance, and talk about the road between the Moroccan border and Mauritania ….

Morocco has no border with Mauritania nor has it ever, just consult the official United Nations map.

There are more mistakes, once again I prefer to believe that they are mistakes, and they call the Saharawis independentist, separatists etc. etc. Western Sahara was never part of Morocco, it is an illegal occupation and, therefore, can neither be separated nor “

independentized ”- forgive the creativity of the word. Saharawis want to recover their country’s sovereignty, their self-determination.

Returning to the scene of the events, El Guergarat. Since the first day of the demonstration by Saharawi civilians, the presence of MINURSO soldiers (United Nations Mission for the Referendum in Western Sahara) has been a constant night and day.

It should be noted that until today MINURSO has never fulfilled the mandate it received in 1991, the holding of the Western Sahara referendum. Here, too, many say and write, once again certainly for lack of reading or distraction, that the referendum is not held because there is a dispute over who can vote, so that the readers are informed, the Saharawis came to accept the inclusion of Moroccan settlers voters, but Morocco rejected it. Just as it ignored the fact that the Saharawi accepted the inclusion of the Autonomy plan as one of the options.

So, MINURSO, which has been present with soldiers, vehicles and helicopters since the 21st of October, mysteriously disappeared in the dawn of the 13th of November on the day that Morocco attacked Saharawi civilians in the morning.

Are MINURSO employees and soldiers all superstitious and afraid of Friday the 13th? No they are not.

According to sources on the ground, MINURSO, just a few hours before the attack, left in full into the occupied territories.

SG António Guterres is now multiplying his phonecalls saying he wants to save the peace plan. And that  he has been worried for a long time … However, at the end of October he made a report to the Security Council saying that the situation was calm.

The calm of Mr. SG Guterres is different from the calm that Saharawi want, the calm that Saharawi want does not include arbitrary arrests, kidnappings, violations, incarcerations, farce judgments, forced impoverishment, theft of their natural wealth, sieges and invasions of their homes, abuse and torture of their children in schools, intentional medical neglect, murders, destruction of property, annihilation of herds of camels, antipersonnel mines, amputations, forced exile, separation of families, and the largest military separation wall in the world with 2720km. No, Mr. SG Guterres, this is not a calm situation.

Saharawi asked, respected, appealed, held on to a broken promise and betrayal after betrayal since 1991, lost faith in the negotiations in the United Nations, in MINURSO. Betrayal after betrayal the suffering of an entire people increased to such an extent that war was already seen as a lesser evil.

A war between the Saharawis and the Moroccans is not restricted, it will have a wave impact and will affect more countries.

A war that can still be stopped a few days after it has started if the Security Council implements practical and urgent measures to enforce United Nations resolutions and the promise that was never kept.

Saharawis are an example of respect for peace but are pushed into war, shame on us all.