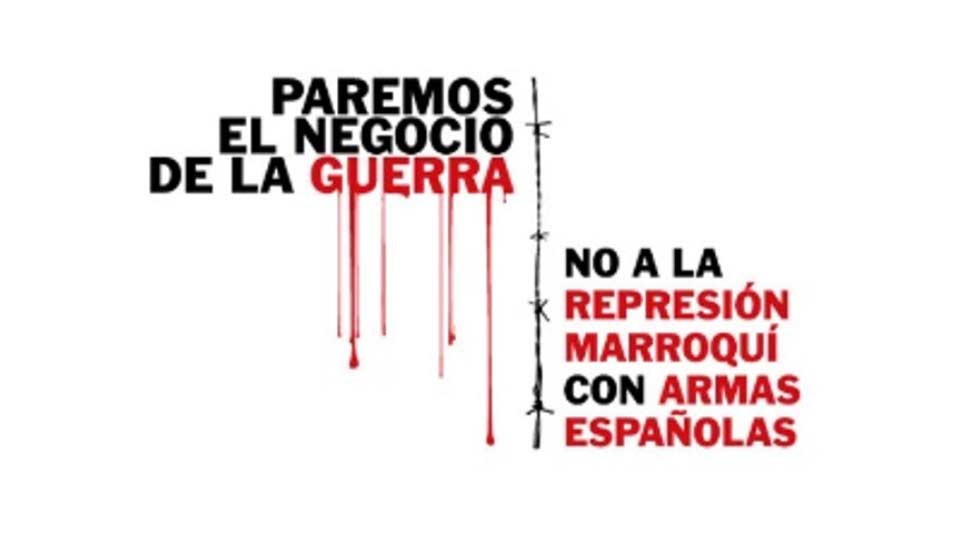 Complaint against the Spanish Government for the illegal sale of a warship to the Royal Moroccan Navy.

The reporting organizations claim that the war between Morocco and the Polisario Front and the escalation of repression in occupied Western Sahara, prohibit the operation.

Latent instability in the region and the Moroccan economic crisis, despite being a country receiving important aid, other factors that prevent sales

Eleven legal and social organizations today filed a complaint with the headquarters of the Ministry of Industry, Commerce and Tourism in Madrid, in which the Government is asked to prevent the illegal sale to Morocco of a high-altitude patrol boat that would be manufactured by Navantia and  which was announced last January with great fanfare by the Minister of Finance, María Jesús Montero, for violating Spanish legislation on trade in defense materials and international law.

The announced sale is part of the resumption of the armed conflict between Morocco and the Polisario Front, and an escalation of the Moroccan repression of the Saharawi civilian population in the occupied areas of Western Sahara, verified by international human rights organizations, as the complaint states, and the  which the German Government has echoed in recent days.

This situation obliges the Spanish Administration to deny authorizations to export military equipment to Morocco in accordance with Law 53/2007 of December 28, 2007, Royal Decree 679/2014 (which also incorporates limitations provided for in international regulations) and the  Implementation of Common Position 2008/944 / CFSP approved by the Council of the European Union on 8 December 2008.

The sale of the frigate that threatens the Saharawi population also violates Spain’s legal responsibility as a de jure administrative power in the non-autonomous territory of Western Sahara recognized by the United Nations and by Spanish and European justice itself;  and the commitment expressed in an official statement on 13 November 2020 by the Ministry of Foreign Affairs to “support the UN to ensure a ceasefire in Western Sahara”.

The current war between Morocco and the Polisario Front, as a result of the end of the 1991 ceasefire agreement, after the assault on Guerguerat by the Third Motorized Brigade of the Moroccan royal forces, threatens the stability of the region due to its possible extension to the Frontier of  Mauritania, which even received attacks from Moroccan forces confusing its troops with those of the Polisario Front, and the conflicts in Mali and Libya.  The return to hostilities is a concern expressed by the African Union at its Extraordinary Assembly “On the Silence of Arms” held on December 6;  and the Spanish public company Enaire, responsible for managing air navigation, has already advised against flying over Western Sahara.

The purchase of arms by Morocco is a delicate issue, as the complaint alleges, taking into account its expansionist interests, which reach the waters of the Canary Islands, and its precarious economic situation;  both binding factors in national and international regulations to authorize these exports.

The Alawite Kingdom, the beneficiary of great Spanish and European aid, is diverting its resources towards the purchase of arms when its own population emigrates en masse due to the poverty of a country whose economic and social indicators show a situation of serious misery and illiteracy.  , mortality or food deficit at the level of the most poorly placed African countries.

This complaint follows the protest held on February 27 at the headquarters of Navantia in Cádiz by the Saharawi population in the Diaspora and by the solidarity movement with the Saharawi people, who insisted that the situation of poverty should not be taken advantage of, as Minister Montero did in  province of Cádiz, where the frigate will be built, as a pretext for this illegal sale that forces workers to choose between making weapons or bread for their families.