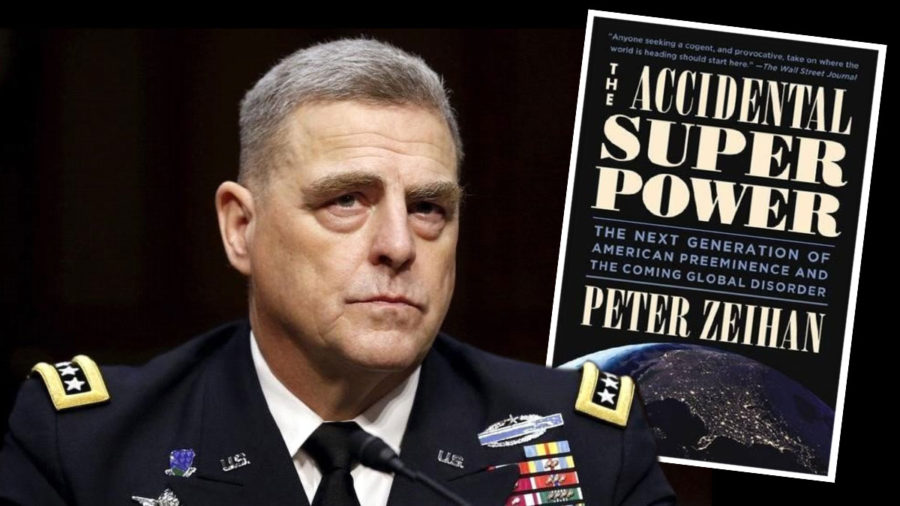 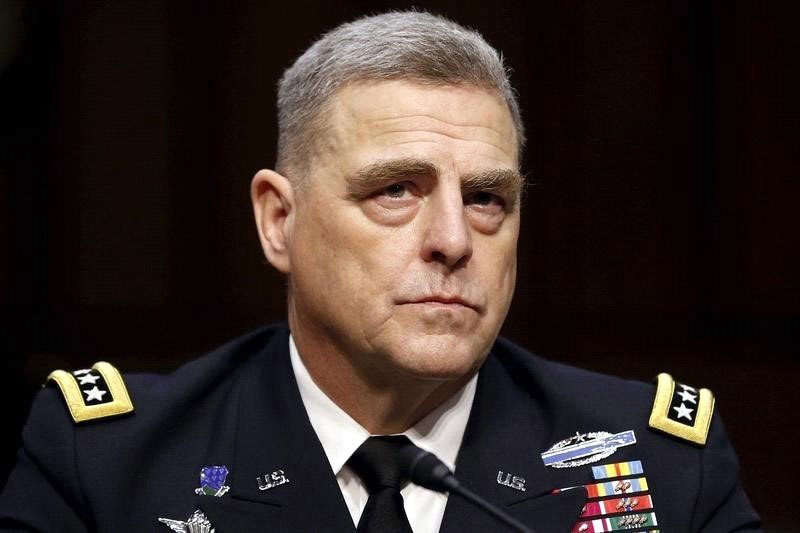 US Army Gen. Mark Milley at a Senate Armed Services Committee hearing on his nomination to be Army chief of staff, July 21, 2015.Thomson Reuters

Secretary James Mattis has been heralded as a “warrior monk” for his prodigious knowledge and voracious reading habits. But Mattis, a retired Marine general, is not the only US military officer who has supplemented his martial knowledge with academic achievement.

In that spirit, the US Army has distributed reading recommendations so soldiers and civilians alike are able “to sharpen their knowledge of the Army’s long and distinguished history, as well as the decisive role played by landpower in conflicts across the centuries.”

Below are some of the books recommended by Army Chief of Staff Gen. Mark Milley to help better understand the world’s current strategic environment, along with his explanations for their inclusion.

“A World in Disarray: American Foreign Policy and the Crisis of the Old Order,” by Richard Haass

“Haass argues for an updated global operating system—call it world order 2.0—that reflects the reality that power is widely distributed and that borders count for less.”

“Wired for War: The Robotics Revolution and Conflict in the 21st Century,” by P.W. Singer

“Blending historical evidence with interviews of an amazing array of individuals, [Singer] shows how technology is changing not just in how wars are fought, but also in the politics, economics, laws, and the ethics that surround war itself.”

“The Tragedy of Great Power Politics,” by John J. Mearsheimer

“Contending that states throughout history have been driven to acquire greater power and influence as a means of guaranteeing their own security, [Mearsheimer] concludes that current efforts at engagement and seeking harmonious relations between states will ultimately fail and predicts that the U.S. security competition with a rising China will inevitably intensify.”

“The Rise and Fall of the Great Powers: Economic Change and Military Conflict from 1500 to 2000,” by Paul Kennedy

Kennedy’s “far-ranging survey explores the relationship between economics, strategy, technology, and military power. He argues for the primacy of economic factors to explain why some states achieved great power status. By the same token, nations stumbled and declined when their financial resources could no longer support their military ambitions and commitments.”

“No One’s World: The West, the Rising Rest, and the Coming Global Turn,” by Charles A. Kupchan

“Between 1500 and 1800, the West sprinted ahead of other centers of power in Asia and the Middle East. … Today, that preeminence is in decline as China, India, Brazil, and other emerging powers rise. Kupchan considers how those principles associated with the West — democracy, capitalism, and secular nationalism — will continue to endure as new states outside the Western world gain greater economic and political prominence.”

“The Future of Power,” by Joseph Nye Jr.

“This exploration of the changing nature of power considers the dramatic role that the Internet and information technologies have played in redefining how nations project power and influence.”

“The Future of Land Warfare,” by Michael O’Hanlon

O’Hanlon “wonders where large-scale conflicts or other catastrophes are most plausible. Which of these could be important enough to require the option of a U.S. military response? And which of these could, in turn, demand significant numbers of American ground forces for their resolution? He is not predicting or advocating big American roles in such operations — only cautioning against overconfidence that the United States can and will avoid them.” 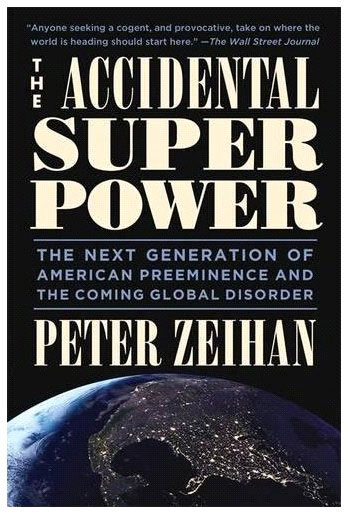 “The Accidental Superpower: The Next Generation of American Preeminence and the Coming Global Disorder,” by Peter Zeihan

“Zeihan examines how the hard rules of geography are eroding the American commitment to free trade; how much of the planet is aging into a mass retirement that will enervate markets and capital supplies; and how, against all odds, it is the ever-ravenous American economy that — alone among the developed nations — is rapidly approaching energy independence. He concludes that geography will matter more than ever in a deglobalizing world and that America’s geography is simply sublime.”

“Concrete Hell: Urban Warfare from Stalingrad to Iraq,” by Louis A. DiMarco

“In this masterful study of urban warfare, DiMarco explains what it takes to seize and hold a city literally block by block and provides lessons for today’s tacticians that they neglect at their own peril.”

“The Future Declassified: Megatrends That Will Undo the World Unless We Take Action,” by Matthew Burrows

“Burrows examines recent trends to forecast tectonic shifts that will drive us to 2030. A staggering amount of wholesale change is happening — from unprecedented and widespread aging to rampant urbanization and growth in a global middle class to an eastward shift in economic power and a growing number of disruptive technologies.”

“In an era of high technology and instant communication, the role of geography in the formation of strategy and politics can be undervalued. … In a series of case studies, Grygiel, a political scientist, highlights the importance of incorporating geography into grand strategy. He argues that states can increase and maintain their position of power by pursuing a geostrategy that focuses on control of resources and lines of communications.”